Another shooting on the southeast side, this a drive-by, mid-day

Outside of the bus stop, by Fuller and Franklin, or near there

Not far from the park

About a block from where the other shooting was last month

Or was it last week?

Shots were fired from an SUV heading northbound, Eastown

And I travel backwards through time and space

And I disintegrate, become invisible

I want to see it where I couldn't when it happened

I want to see it all first hand this time

So I float behind police lines

Reconstruct the scene in fragments of memories

I want to know what his mother looked like up close

I want to see her leaning over his body

So I float there, transcend time

I want to capture it accurately

I want to know what the color of the blood was

Spilling out from the tarp onto the concrete

If you could see it up close how could you ever forget?

How senseless death, how precious life

I want to be there when the bullet hit

Out of there houses now and over front yards

Everybody trying to catch a glimpse of what was happening

"Whose kid got hit? Where'd it hit him? And who could've fired it?"

"How did it happen again? And is he dead? These children, our kids."

Everybody wondering how far they were from where the victims lived

My spirit, soaring high and high up over King Park

Leaves the crime scene, travels further back till far before the shooting

Through their windows, to their living rooms

I see them younger this time, playing games and doing homework

All these marks of youth soon transformed coldly into stone

For fights and stupid feuds, for ruins wrapped in gold

Three days later they made funeral plans, the family

Three days later a mother had to bury her son

Not far away the shooter holed up in a hotel

Near to the highway with a friend and the gun, that same gun

He'd fled immediately but was identified by witnesses

His picture on TV, only 20 years old

They called him "Grandpa"

He was older than the others by a year, maybe two

And he was safe for awhile until somebody saw him there

And notified the authorities who surrounded the hotel

First arresting an accomplice while attempting to flee

He closed the door hard behind him, locked himself in the room

One he'd already used and so they feared what he'd do

I hovered out to the hallway, tried to listen in

I heard them trying to reason, get him to open the door

His uncle begging and pleading, half-collapsed to the floor

He preached of hope and forgiveness

Said, "There is always a chance to rectify what you've taken, make your peace in the world."

I thought to slip through the door, I could've entered the room

I felt the burden of murder, it shook the earth to the core

Felt like the world was collapsing then we heard him speak

"Can I still get into heaven if I kill myself?

Can I still get into heaven if I kill myself?

Can I ever be forgiven 'cause I killed that kid?

It was an accident I swear it wasn't meant for him!

And if I turn it on me, if I even it out

Can I still get in or will they send me to hell?

Can I still get into heaven if I kill myself?"

I left the hotel behind, don't want to know how it ends 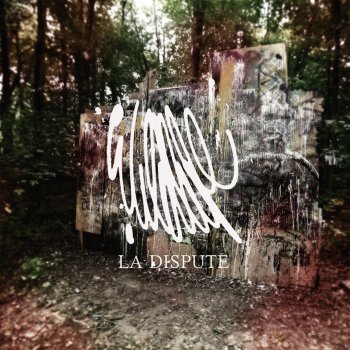 Another shooting on the southeast side, this a drive-by, mid-day