Will the court please rise?

Your honor Lil' Kim is a threat to society

She has shown a blatant disregard for the law

For the vicious acts

She should be punished to the fullest extent of the law

Pardon me your honor

May I address the bench?

They try-na assassinate me like they did to Larry Flynt

I may be hardcore but I'm not Jeffrey Dalmer

Ever since I killed 'em

I ain't been in trouble since

It wasn't my fault I acted out of self-defense

He killed my best friend

They had real grenade bombs inside of their palms

And a whole bunch of guns wrapped tight in their arms

See them bastards woke me up when they broke my alarm

I was getting my ass licked by this cat named Tom

They sent the bow and arrow right through his tank top

Lying? Blood was gushing on the floor

Fingerprints all on the door

Pulled out the remote can and shot blows after blow

Ploom! Queen off her toes

What was I do?

Sit back and just take this?

Yo I tell you now

If I lose this debate

See I ain't gon be stupid

I'm gon take all y'all to the shift

I should be able to say what I want

What the fuck I plead the fifth

I got to save the world

The first female king and they mad cause I'm a girl

Uh with all due respect your honor

Who has had social intelligence?

With so much innocence we have to implement

She was slightly out of place

But if you grant us a grain of your grace

Imagine for a minute, yourself in the same shoes

The same sense of survival and the same nothing to lose

Your children, your lovely wife

I mean look at her

Lord I cry, I cry

From the things that I've seen

And Lord I cry, I cry

From the things I've seen, ooh

If you only knew the things I've been through

Order in the courts, I'm examining her thoughts

And the notes on why you started slaughtering the fort

The men dressed in blue they were undercover cops

Even Tom was tapped with a mic and a tape recorder

I know the news they tried to pay the grand jury

To give you life sentence with parole up in thirty

Fuck Will! Now you're the new Enemy of the State

Angela Bobbett's cake compared to you

And Junior Mafia that clique ain't scared to move

So they took precautions

Grenades from all force and

But you stopped, dropped, rolled and duck

Shot back other bitches would've folded up

Now that's my kind of bitch

I know I'm the judge

But I love that bitch

And I'm coming with her

Creme of crop and me I'mma hold her down

Resign with A-K's so we blowing the trial

Look it's a setup

Yo Kim come on

(I'm right behind you baby)

Yo Kim come on

(I'm right here with you man)

Lord I cry, I cry

From the things that I've seen 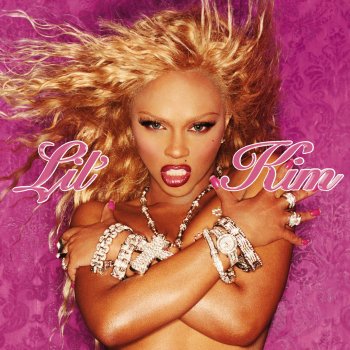 Will The Court Please Rise?