Me personally, I couldn't imagine being any more in love with the world

After all, one man's trash is another man's treasure

What if alone but together we could rule the world

Not today, then tomorrow

But then again, today is yesterday's tomorrow

I suppose, if I must, I will be the spark that lights the fire in the peoples' eyes

Just because it is gone, doesn't mean it is dead

Don't call it a rose just because it is red

This one goes out to Mr. Donaghue

For laughing at my songs

Man I love that man, but he was so damn wrong

Goes out to Mrs. Stephens

Wouldn't believe I'm on the rise

When I was writing rhymes said I was wasting my time

Goes out to Atlantic Records for making me out a fool

Saying I had the music, but I lacked a little cool

Goes out to Def Jam saying, "Man you can rhyme

But your singing game's a little ahead of its time"

Goes out to Charlotte, Charlotte do you remember me?

Remember how you were embarrassed to date an MC?

And the mistakes I make seem to make me now

To Grandpa in the clouds looking down saying

"Lukie you got 'em now take 'em cats to town

Promise to astound 'em as long as they allow you"

And this for all those cats that I was ballin' with

Saying rap ain't finna get my ass a scholarship

And how come every teacher's motto is

Music ain't gon' do for you what college did for me

That's the problem there see baby I ain't you I'm me

Tonight I'm gonna party with the people that believe

That tomorrow's just gon' be another day without me

And that scares all them niggas over 30

And people talking shit in cubicles don't hurt me

Oh, we're taking this home, cause I got a feelin', that we're not alone

I came from the bottom, ya'll should've followed

So why would we waste the days away, waiting for tomorrow, tomorrow 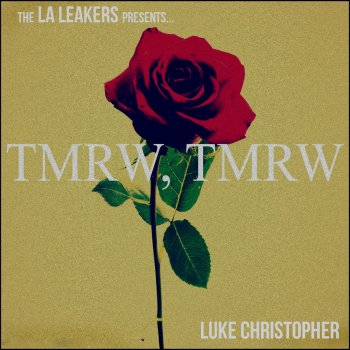 I still got a lot of shit to learn, I'll admit it