Welcome to the Culture testo

I orchestrate my music willingly

Step up and take a stand

But if you over-stand linguistically

For it is evident that

The dead president is taking our culture out of its element

And my testament is to get it back

Starting a positive revolution within the rap, clash

Jewelry ice and money and women don't mean a thang.

It's a shame what we listen to

"In actuality it's hurting who?"

Originating a negative that America looks up to

And we think it's cool, but in reality it's whack

And the media associates hip hop with commercialized rap

I'm taking it back to the positivity, provocative productivity

Rebelling against this industry

Drop if it's hot, drop it if it's pop

Doesn't pop and lock? Then it really ain't hip hop

So don't cop it

If they don't make a profit

Then there won't be a market

Listen to the music that comes from the soul

Most quote/unquote MC's are in it strictly for the bankroll

And have no mind control

Behold, when the trend ends, they get back

Silly bitchin for the check, what the FUCK did you expect?

Welcome to the culture

If you don't know it's called hip hop

If you knew, sorry for the review, but it looks like a lot forgot

We bomb cities, pop and lock

Spinning our records as we rock

To the beats on the streets kicked over a beatbox

Bringing it back to the elements

Let's get back to the basics

Step one, knowledge of self

If you don't know yourself

Many seek to find a peaceful state of mind

Assuming that finances verbalize?, but you walk the line?

You will never learn that the best things in liferest eternally

I don't put music out of my purpose

To my mental, well folk

Without it the other steps are worthless

So I listen to my intuition and let my eternal ways, and release my inking in fluent congruent fashion

So the fakes get crossed out because we don't need ya

On the couch ejaculate

I got to regulate

Innovate, operate, and never do SHIT

All you talkers make me sick

Thinking that smoking weed on your couch is gonna get you a record exec. on yo DICK, and

Get you a deal?

Listen to your heart and hopefully you will learn

Speak louder than your words

The drum of the heart was the start

The civilization to embark

So our art's origin is the drum

Our body is the temple

And you treating that right, yo that's essential

And I, wanna preach

But I figure MC's have the power

And if they have the talent they can reach

Because this is rhythm

If it comes from the soul

Your skills shall unfold

And the truth shall be told

And show our culture respect

Testo Welcome to the Culture powered by Musixmatch

Welcome to the Culture è tratto dall'Album Open Your Eyes 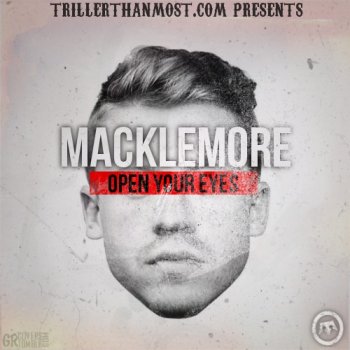