In the place to be (Uh huh)

It's about that time

Yo, what you know about goin' out

Head west, red Lex, TV's all up in the headrest

Try and live it up

Peeps all glittered up

Stick up can, they go what?

Jig wit it cuz ship crisp, split it all

Ho's ride, get your nut 'till I can't get it up

I'm a big man, give this man room

I'd a hit everything, from Cancun to Grant's tomb

Why you standin' on the wall?

Hand on your balls

Lighting up drugs always fightin' in the club

I'm the reason they made the dress code

They figure I wouldn't wild when I'm in my french clothes

Dress as I suppose, from my neck to my toes

Neck full of gold, baguettes in my Rolls

Buy the E, get a key, to the Lex to hold

East, West, every state, come on, bury the hate

Millions, the only thing we in a hurry to make

Let's begin, bring this BS to an end

You make me feel so good

You know you make me feel so good

You know you make me feel so good

You can't understand we be Waikiki

Little kids see me, way out in DC

With a Z3, chrome VB's, they wanna be me

Nigga's talkin' shit they ought to quit

I'm fortunate they don't see a fourth what I get

And those be the same ones walkin' while I whip

So while you daydream my Mercedes gleam

And I deal with ho's that pose in Maybeline

One time you had it all I ain't mad at ya'll

Now give me the catalog, I'll show you how daddy bought

I don't understand language of people with short money

Do Mase got the ladies?

But do it sound so crazy?

Well me personally, It's nothin' personal

And I dress with what I was blessed with

Never been arrested for nothin' domestic

And I chill the way you met me

With a jet ski attached to a SE

Where my check be?

Problem with ya'll I say it directly

Went from hard to sweet, starved to eat

From no hoes at shows to menage in suites

Now I be the cat that be hard to meet

That used to hardly speak

And we won't stop 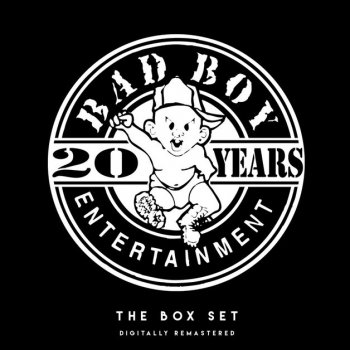 Don't be worrying 'bout the cars, the clothes