Alright, it's hard not to get emotional back there

Holloway and I were sitting back there, oh

You know, what is- what's your favorite moment of- of Lost

Uh, you know we were exhausted

Without the pressure of having to create next week's episode

Damon and I went to the scoring stage

To watch Michael record the music for the season finale

And this size orchestra um, you know doing the music most times

TV shows that point and even today are just one guy

Sitting in a room with a synthesizer

Not only that, you know Michael had people playing stuff like

Anyway, we're on the scoring stage for the final cue

Which was the raft launch

And we had written this scene where some castaways

And it was a scene with a very few words

And we were counting on the music to carry the day

Now, here's something you may not know

The studio musicians who play music for film

They don't rehearse the pieces they play

They sight read them right then and there

So, up came the raft scene on the screen with beep tones for sync

And then the scene started playing

And the musicians begin playing along

And they were playing this piece of music altogether

For the very first time that ever been played

And it was beautiful and everyone was frozen, mesmerized

And when it ended everyone just burst into applause

And it was this cathartic moment that you know

To me really showed the power of artistic collaboration

Which is what making television is all about

Um, my theory about making movie or television shows

That you make it four times

When you added the music

And like Star wars or Jaws, Lost would not be anything close to what it is

Without the incredible music that Michael wrote for the show

Uh, also an excuse for laziness, we just would-

So, for instance, the raft scene, part of the description reads

And now, Michael Giacchino does the heavy lifting

And allegates score and plays over a series of shots

I won't read more, let's watch it instead 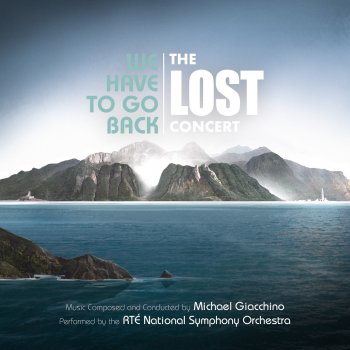 We Have to Go Back: The LOST Concert (Live from National Concert Hall, Dublin / June 2019) Data di pubblicazione: 15 novembre 2019