Fuck that other shit, y'know what I'm sayin'?

(Y'all doing that other shit)

Know'm sayin'? Big Nas, Grand Wizard, what is it?

Yo, go ahead and rip that shit, dun!

I rap for listeners, bluntheads, fly ladies, and prisoners

Henessey-holders and old-school niggas, then I be dissin' a

I dropped out of Cooley High

Gassed up by a cokehead cutie pie

Jungle survivor, fuck who's the live-er

My man put the battery in my back, a difference from Energizer

My duration's infinite, moneywise or physiology

Poetry, that's a part of me, retardedly bop

I drop the ancient manifested hip-hop straight off the block

I reminisce on park jams, my man was shot for his sheep coat

Chocolate blunts make me see him drop in my weed smoke

It's real, grew up in trife life, did times or white lines

And knife fights and blight crimes

Chill on the block with Cognac, hold strap

With my peeps that's into drug money market interact

No sign of the beast in the blue Chrysler

I guess that means peace

For niggas, no sheisty vice to just snipe ya

Start off the dice-rollin' mats for craps to cee-lo

With side-bets, I roll a deuce, nothin' below

I'm takin' niggas on a trip straight through memory lane

One for the money, two for pussy and foreign cars

Three for Alizé, niggas deceased or behind bars

I rap divine, God, check the prognosis: is it real or showbiz?

Live amongst no roses, only the drama

For real, a nickel-plate is my fate, my medicine is the ganja

Here's my basis, my razor embraces, many faces

And back down po-po when I'm vexed so

My pen taps the paper, then my brain's blank

My intellect prevails from a hangin' cross with nails

I reinforce the frail, with lyrics that's real

Word to Christ, a disciple of streets, trifle on beats

I decipher prophecies through a mic and say "peace"

I hung around the older crews

While they sling smack to dingbats

They spoke of Fat Cat; that nigga's name made bell rings, black

Some fiends scream about Supreme Team, a Jamaica Queens thing

Uptown was Alpo, son, heard he was kingpin

Never talkin' to snakes, 'cause the words of man kill

True in the game, as long as blood is blue in my veins

"Me number one, and you know where me from" 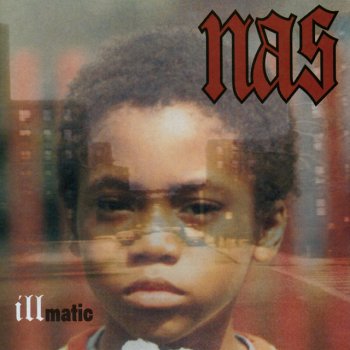