[Nas] Yeah and this chocolate over here

They mixed this shit up

[Dre] Nigga hit some of this shit nigga

[Nas] Yeah, lemme get that

And niggaz is stealin, your whole techniques and shit

Niggaz wanna take everything from a nigga man

[Dre] Yeah yeah yo Nas it's like this man

Niggaz can't do it like I do it, d'yaknahmsayin?

[Dre] You know, can't nobody fuck with this

You know all these niggaz out here just.

Niggaz need to kill that shit

And make some money, y'know?

[Dre] Let's get together, make some fuckin music

[Dre] and get PAID, and just. let that be it

All these niggaz talkin all this bullshit

Better sit back, and watch what happens

The Golden Child chop that ass up, you was holding out

Let the streets be the court - and corners hold the trial

Soliciting, ill editions of that Murder I Wrote

A provocative plan, can bring a knot to my hand

As the pyramids that stand on top of the sand

In the heat of the moment, like Farrakhan said, we need atonement

I didn't get touched checking my nuts, I stood up and lit a Dutch

But knowing how these niggas tattle

I sneak move get the drop, one shot, without the gun battle

So when you run the lead travel

I come through it's taboo

Ninety-six ways made to clap you

In the black limo, Jack Daniels through the cracked window

I spot the fake, red dot his face, like a Hindu

Snatched the symbol, tied his hands too

Make examples, substantial amounts you owe, to the fam

Compared to these niggas who swear to be real

Counting bills to send to all my jail niggas who fell

But back in stereo

From childbirth to hearses, flow like the Nile cover surface

I bit the fruit from the Serpent

Control the rap game you got it twisted

Jeep full of chickens, pull up beside, have a listen y'all, Nas y'all

My shit bump, in the courtroom drunk, links truck

Federal Bureau, tapped my line and got zero

Shot down, still alive he struggling for the phone

.44 blow him, when homicide comes, these three words are sung

It's Nasty Nas, and Dr. Dre

That's how we making it happen

That's how it goes down for the nine-six

Aiyyo Nas let's get this money

Sit back and watch all these motherfucking clowns out here

Riffing and beefing about this BULLSHIT

While they doin all that

We just gon' kick back with these honies, this Cristal

Hah, and party to the year 2G

Nas Is Coming è tratto dall'Album It Was Written 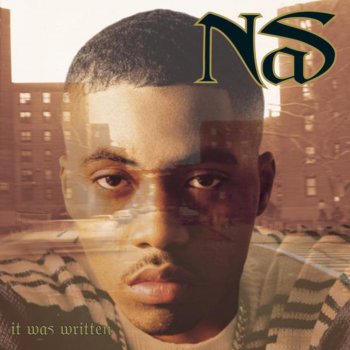