Listen up gangstas and honeys with ya hair done

Dog, whatever they call you, god, just listen

I spit a story backwards, it starts at the ending

The bullet goes back in the gun

The bullet hole's closing this chest of a nigga

Now he back to square one

I put my fifth back on my hip

He put his hands back on his bitch

My caravan doors open up

I jumped back in the van and closed it shut

My nigga Jungle utters out something crazy like, "Go he there"

Sitting in back of this chair, we hitting the roach

The smoke goes back in the blunt, the blunt gets bigger in growth

Jungle unrolls it, put his weed back in the jar

The blunt turns back into a cigar

We listen to Stevie, it sounded like heavy metal fans

I give my niggas dap, jump out the van back first

Back upstairs, took off the black shirt

I'm in the crib with the phone to my ear

Listen up so y'all can figure out the poem real clear

The voice on the phone was like, "Outside right we"

So with my mouth wide, holding my heat

Bullets I had plenty to squeeze, plenty for ya

'Cause Jungle said, "Block your on enemies the"

Hung up the phone, then the phone rang

Who left, she came back, her clothes just fell to the rug

She fell to my bed and gave me a hug

She talking 'bout, "Me kiss"

Bobbed her head then spit the nut back in my dick

Started sucking with no hands, a whole lotta spit

Then got up and put her bra back on her tits

Got fully dressed and told me, "Stressed really I'm"

Picked up her Gucci bag and left her nigga behind

Walking through the door, she rang the bell twice

I vomited Vodka back in my glass with juice and ice

The clock went back from three, to two, to one

And that's about the time the story begun

That's when I first heard the voice mail on the cell

It said, "Son we found that nigga we gotta kill"

I found him, right now, I see him right now! 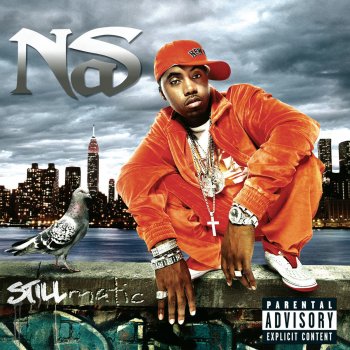