I still run with that, that blood of a slave, boilin in my veins

It's just hot - until a nigga can't take it no more

Blood of a slave, heart of a King - turn my voice up

'Ay yo, the brother's "Stillmatic"

I crawled up out of that grave, wipin the dirt, cleanin my shirt

They thought I'd make another "Illmatic"

But it's always forward I'm movin

C-notes is fallin from the sky, by now the credits roll

The lives of lost tribes in the ghetto tryin to survive

The feature opens with this young black child, fingers scratched

Cigarette burns on the sofa, turnin the TV down

While Mary Jane Girls, 45's playin', soft in the background

Stepped over dopefiends, walkin out the door, all of us poor

I learned the difference between the snitches, the real ones, and who's soft

And the murderous, hungriest crews

People jumping from roofs, shotguns pumping, made it through my youth

That's the age I was on my album cover, this is the rebirth

Walking through the hot desert searching to be free

This is my ending and my new beginning - nostalgia

Alpha and Omega places, it's like a glitch in "The Matrix"

I seen it all, did it all, most of y'all will pop for a minute

Spit a sentence then the game'll get rid of y'all

Y'all got there but y'all didn't get it all, I want my style back

Hate to cease y'all plan it's the rap repo man

To them double up hustlers, bidders, niggas who real

Let my words guide you, get inside you

From Crip to Pirus this is survival

Blood of a slave, heart of a King

Blood of a slave, heart of a King

Uhh, uhh, blood of a slave, heart of a King 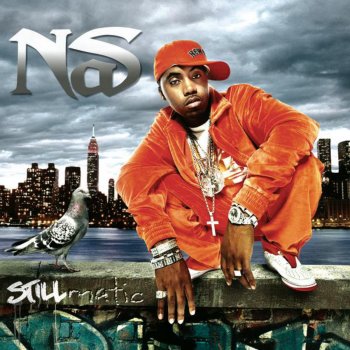