Nurse Johnson, is the mother still in the recovery room?

Ok, I'll go to the waiting room and inform the father it's a boy

I'm afraid there is no father, sir

Well, put him with the rest of the born losers

All right doctor, a shame isn't it?

Not a shame, a problem

This is a story about the drifter

Who waited through the worst for the best in crosstown

Who never planned on havin' so dick

Some get a little and some get none

I was one who never had and always mad

Where anyway I didn't pick up, flipped the clip up

Too many stick-ups, 'cause niggas had the trigger hic-ups

I couldn't get a job, nappy hair was not allowed

My mother couldn't afford us, she had to throw me out

I walked the strip, with this here clip, who wanna hit?

I had to eat, this money's good as spent

I kept 'em long 'cause I couldn't afford a haircut

I got laughed at, I got chumped, I got dissed

I got upset, I got a Tec and a banana clip

Was down to throw the led to any tellin' crackhead

I'm still livin' broke, so a lot of good it would've did

Or done, if not for bad luck, I would have none

And always wanted to live like this or that one

A ghetto bastard, born next to the projects

Livin' in the slums with bums, I said now why treach

Why do I have to be like this? Momma said I'm priceless

So I am all worthless, starved, thats just what being nice gets

Sometimes I wish I could afford a pistol then, though

To stop the hell, I would've ended things a while ago

I ain't have jack but a black hat and napsack

Four squad stolen in cars in a blackjack

Drop that, and now you want me to rap and give?

I lived right around a corner from west hell

Two blocks from south shit, it was in a jail cell

The sun never shone on my side of the street, see

And only once or twice a week i would speak

I walked alone, my state of mind was usually home

I couldn't keep a girl, they wanted kids for cause of chrome

Some life, if you ain't wear gold your style was old

And you got more juice than dope for every bottle sold

Hell no, I say there's gotta be a better way

But hey, never gamble in that game that you can't play

My third year into adulthood, and still a knucklehead

I'm better off dead, huh, that's what my neighbor said

I don't do jack but fightin', lightin' up the streets at night

Playin' hide and seek with a machetti seeking Freddy's wife

Some say I'm rollin' on, nothin' but a dog now

I answer that with a tech, who wanna bow-wow?

'Cause I done been through more shit within the last week

Than a fly flowin' in doo-doo on the concrete

I been a deadbeat, dead to the world and dead wrong

Since I was born that's my life, oh you don't know this song?

So don't say jack, and please don't say you understand

All that man to man talk can just walk down

If you ain't live you couldn't feel it, so kill it, skillet

And all that talk about it won't help it out, now will it?

And illtown fell like I stuck-up props, got shot

Don't worry, I hit by a, flurry, and his punk-ass dropped

But I'm the one who has been labeled as an outcast

In teacher's schools, I'm the misfit child and outlast

But that's cool with the bull, smack 'em backwards

That's what you get for fuckin' with a ghetto bastard

If you ain't ever been to the ghetto

Don't ever come to the ghetto

'Cause you ain't understand the ghetto

And stay the fuck out of the ghetto 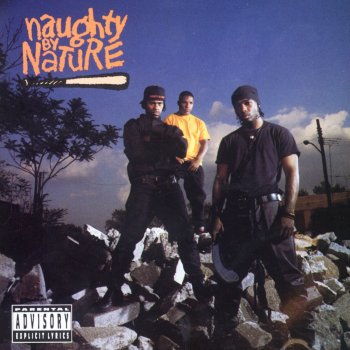