Yo, 'for the nigga mention my name I let him know the deal

I'm the nigga, same nigga, thought was a lame nigga

Now I push a Range nigga, you know the name nigga

So if you got beef let the whole world know it

It's the chance for your big career, don't blow it

Or get it blown from the top gun nigga

I ain't finished talkin 'bout it 'till ya top gone nigga

Dissin my crew you catch hot ones

I'm hot son, yo that's why I carry hot guns

I'm on a beach in L.A. fuckin fly misses

While you niggas at the crib tryna' find misses

Yo I'm gettin head from the Mexican dime bitches

Them niggas mad 'cause they riches ain't like my riches

A yo, I'm Murphey Lee the school boy

I got not one, two, three, four, five, but six whores

For equality, Vokal, Cammy, and wallabies

Rap, don't gotta sing 'cause I get my hum on

Actually I get hummed on

Hoes tongues be on my dong dong

Gevity- long, head at night, head in the morn

Cats be gettin gone thinkin they got it goin on

Folks brought you a brawl, it all started in ya home

Check the background, St. Louis clown from the U-Town

Same crew now, it's too damn quiet but too loud

Hoes be pretendin always sayin they too proud

If I ruled the world, I do now

Call the cops, I see a robbery in progress

Lunatics about to steal the show

This nigga jag, from the front to the back I heard it crash

Nigga said I hurt 'em bad, you heard him laugh

I never let a nigga do that, who that

Get his brains blew back with a new gat

In a blue hat, with a black baggy Karl Kani

An iced out ring just to score on your eye

Hard to die, like Bruce, Lee get a victory

Cats is sick like H-I-V if they feelin weak

Danny Terrio, does shows to the Motorola

What you holdin, I'm paid, so controllin y'all

Yiggidy yes y'all like Das EFX, I's be next

To rep that Midwest, it's sets and projects

Now once Keyaun say hit the safe, raise the stakes

'Tics in fifty states, might as well blaze the cake

I got moves to make, transactions to handshakes

Funerals and wakes caused by greed and hate

Those that hate, anchored with weights, found in the lake

Come off the chain my main, you tied to the gate

Third, you caught me with your date, that was no mistake

Good things come to those who wait

So if you waitin on them 'Tics, huh, they gon' be late

In your house with your spouse I'm doin the nasty

I'm a felon, ask Jay, I rob industries and ashtrays

And burn the place, ya heard me

Watch me load up the ammo, cock it back slow

In the back door, infrared low

Tell me somethin that I don't already know

Like, which one of these closets contain cash flow

Got three little problems I just thought you should know

I'm obsessed with dough, money makin and the hoes

Anything other than satisfaction gon' blow

Heard through the grapevine you lookin for me

Couldn't be, 'cause if it was you would be bookin from me

Shook when ya see Nelly rollin in the GS-3

Back the car up, pop the trunk now

Can ya hold ya breath 'cause I'ma flood this town

Neighbors on the lawn like "Nelly, why right here" 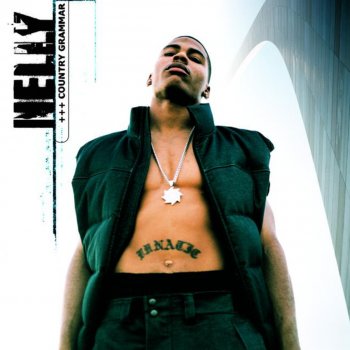 (Hey, must be the money)