School for the blind, I don't see these niggas doing it

Hit you like a bully bitch, yeah saved by the bell

If you scared, go to church I'll see you in hell

And your girl, she a flip, give me heads or tails

Everybody fake so I got real for sale

Rappers shittin' on theyself, you could smell the fear

And these bitches laying flowers cause the king is near

T-Raw this is the new flavour in ya ear

Why you acting tough, heard you work at Build-a-bear

I'm in the building I construct so {ain't this muthafucker up}

What the funk you beezy's want

I'm ready to hump the car I call it ele-phunk

Trunk in the front

Man she give me good brain cause she feel dumb

I just keep going like the bunny till I feel numb

Yeah these bitches want it

I put my man's on it

That 110 Sup', that Ferrari Caliornia

You potatoes on the sofa

Lazy muthafuckas why you ain't even trying

Rich or die trying, why you niggas ain't died yet?

And I'm with the business skip peon with a ty clip

Stay on the flight yeah I'm a trip

Flow got a boner, you could say I'm on some harder shit

Bout to make the speaker buss'

Okay, really I get money

She ain't goin' nowhere but I swear that bitch a trip

You see how the diamonds get to dancing

Yeah, ya money short, get some pants and shit

I be with a nigga with a big ol' dick

Yeah I like them balls you be shooting them bricks

Fuck you in the game for?

Bitch we up three zip and it's game four

Out in Kingston kicking up bricks and shit

Intervention bitch I pay ya pension

Oh you say what? I don't pay attention

Yeah these niggas want it

I put my bitches on it

You know the tattoo's got Nicki initials on it

I put the pussy on 'em, cook 'em a pot roast

Then pull off in the Ghost

Bitch I do the most

What the funk you beezy's want?

It ain't your turn, better have my money

Can't see you niggas, you like a little germ

Baby churn and ya girl with me fo'shure

That ain't your concern

She forgot about her other man, she will never learn

On a mic till I die, RIP Chick Hearns,

Yessir, colder than the Pittsburgh?

Winter fresher than a Will Smith T-Shirt

These spurts coming through Last King and a hearse

When it hurts leave you losers bruised up

Toe from the floor up though

Tell the neighbours I don't give a fuck

Testo Muthafucka Up powered by Musixmatch 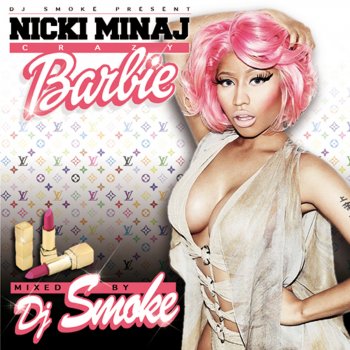 I endorse this message