Get it together (get it togheter)

Niggas wanna kill me, till a nigga stoned

Wanna peel my cap back, see a nigga gon'

All because I rap actual facts on a song

But they don't wanna gimme that, say he fakin (fakin)

Schoolcraft is the makin (makin)

Conservin them weight, to the Top eight at eight

You whether see him wait, momma hypervenalate

Tuckin her son underneath the state (Michigan)

Hip-Hop's my fate, since cassette tapes

I've been braced what you know of, as this niggas culture

Put it in a chokehold, spoke as a soldier (soldier)

Yea he provoke him, to pull up out his holster

Leave you wit a visible ulcer, oggle and off ya

Niggaz ought to when he lyrically off us

All cause he salty, I'm rollin like a boss

My choice, Rock City is my voice

The White Boy stepped down, so I will accept the crown

Exceptional however, never let ya down

Then snuck up on ya, Lord what has become of us

The Boy hold the D down, like none other

Up comin since slums, can't knock them mothafuckas

Whether see 'em suffer, then become one up on us

Round the globe, promotin us hustlas

The white boy's cool, but refuse they brothers

So we, cock the tools, and shoot our own color

This ain't Detroit Red, you won't +X+ me out +Malcolm+

I exit this, whenever be from a violent outcome

Exit on my ethics, is no longer present

X-rays show, I was this close to Heaven

So for future reference, I stay this close to a weapon

Who you testin, never said I was the best, never stressin

Don't make me get in my zone, I will own that whole note (fa sho')

Metaphorically, for where I roam on chrome yo (fa sho')

Detroit for niggaz that's slow, it's the O

I was birth wit Jehovah's hand on my soul

Can't explain the gift; but my aim is to take

What the streets gave my brain and spit

And I ain't evaporate, I will remain the shit

He still in the same Range, windows fixed

And I'm killin 'em come a-gain, that's as real as it gets

Off ya, tryna make me depart ya, from my thought

Coffin's for you, and the nigga that brought ya

The hatin start in ya, release from our father

The people at the alter, saying ya better off

You don't wanna see a demon, come out of a humen being

Recent being the sience, and to him it's too extreme

Catch me in the BM, like Tupac and them

And piss on those, who exist as my foes

Knows his business, I'll be missed if I go

Who you know holdin the city on his shoulders 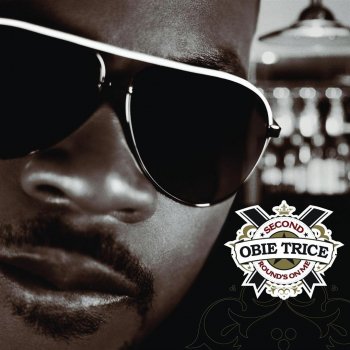