Kill Me a Mutha testo

I told you, don't fuck with me

Stupid fuck, look at you now

When niggas go to the club, it's always

It's one knucklehead nigga always mean mugging and shit

Heh, he wanna, he wanna have contact with me

Have contact with men, all these bitches in here

Faggot ass, these for them hard head niggas man

But these are my thoughts, they awful, I won't argue with ya

But see, I got a cause a clause, that I live by

Keep the heater close because I don't want to die

And often there's assorted men where bullets holes departed him

And I don't want no parts of them, crazy complications

So I keep the heater cocked up in case of confrontation

If he blatantly, tried to take away God's creation

Running up on me, may he, rest in peace once released

Yeah, look at ya now, for running ya mouth, ya stretched on the ground

Ain't no way you can stop it, on that hot shit, we can get it popping

{I told you, don't fuck with me, stupid fuck, running ya mouth}

Just to show these muthafuckas yes I am a resident

Niggas kills me, portraying that thug

My nigga, you's a crack baby, go smoke on some drugs

Don't even nudge him, it's over for cousin, he caught a dozen

Just for fucking with the wrong animal

Animated no more, off to hell, yes I

When I'm down in ATL

So shawty know Obie for real

When I'm chilling in L.A.

Dre keep my AK, so I'm like an esse

When banging that steel

When I'm out in NYC

50 hold artillery for me

Watch me shut down son and dunny

Holding ya neck if you, disrespect Bizzle

Sizzle up tissue, missles will not miss you

Maybe ya momma, when that pistol uplifts you

Testo Kill Me a Mutha powered by Musixmatch

Kill Me a Mutha è tratto dall'Album Second Round's On Me 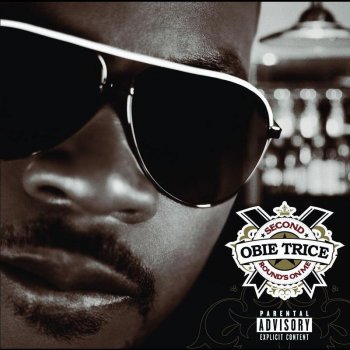