Nah, we ain't done I love bein hated, it great it

Let's me know that I made it

I wouldn't have it no other way

I wouldn't trade it for the world

Only let's me know that I'm loved

By so many other motherfuckers that ain't you

And keep pullin the rug from up under you

And what's ever more fucked up, is we enjoy what were doin

And exposin you hoes so much, people are startin to wonder

What's up with them fuckin one dough a man under-els

Do unto others of you will have done under you

So who the fuck you motherfuckers gonna run to

When someone runs up with a mask and puts a gun to you You will ask youself, how come your mans

This is past any irrationalization

We have captured national media attention

Conversation is senseless, you can sense the tension start buildin

Someone's gonna get killed and I swear to God

If someone so much as even touches one of my people

I'll put a million on his head

And you ain't got the funds to match or counteract it

But I'd rather rap than get into this gangsta shit

And it ain't because I'm a bitch

It's because I ain't a bitch, I don't endanger people that I'm with

I'm a general, I ain't Bush, I don't send my soldiers to war

I'm right there in the middle of the shit with 'em, so when I do get 'em

Orders to storm your headquarters, you'll be fuckin with a .

Fuckin with a peacekeeper, see you the nigga that greet this lyrical meat cleaver

That I eat ya, niggaz wanna keep speakin, like it ain't even that deep

I got heat that'll sweep a niggaz street See I wouldn't fuck with me neither, only heaven can help ya

I'll be searchin for you longer than the "Legend of Zelda"

Without a failure, there's gonna be hell to tell the

Captain that a bassett hound couldn't even smell ya

Body, when I hide ya, I be on that mob shit

You another Hoffa, under the Renaissance bitch

You get bombed like Lebanon with my own tactic

I snatch your head like one of Saddam's kids

We can have it out on any Avenue

A +Average Man+ flipped into an animal

Shoot out your mandibles

Cannons and ammunition, reload with precision

Break the pistol down, you should see them handles

The street taught the child, no read up manuals

Chasin green is the dream, when your young and brown

Bound to be a problem child, look what I'm involved in now

A 'Dozen Dirty' niggaz and they all get down

Dissolve any problem that enlarge with ours

When revolvers we said "all men get down" (, c'mon)

While your punchin and tacklin punks

That's longer than the elephant trunk On the streets I'm a beast, I feast upon the weak

So speak beef, I'll shot you and scream "increase the peace"

A monster, pistol packin pushin niggaz off they Hondas

Starve ya, get it crackin, yankin bitches for they ganja

Sneaky as fuck, I don't think mama beat me enough

When she was sleepin stuff, I was stealin the keys to the truck

Shut the fuck up, before you end up dead in the dump truck

Or in the streets takin a nap, bleedin and Lugged up

+Who Want What+ like M. Bleek, with this heat if you ten deep

Then fuck it, it will be ten sleepin Know much about my a land ski

Don't tustle with my hand speed

Clutch your burner, bust it and watch your man bleed

We ferocious, toast no holsters

Approach us, throw heat straight from the soldiers (c'mon,)

We the soldiers, ya'll the youngsters (ha)

You scared of the drama, bomber the monster I'm back nigga (woof), I reappear

We murkers with no purpose other than practice

A gat that describes my life

I don't even know who song this is Bitch, Bizarre don't give a fuck about no hip hop

I'll meet an R & B singer to sing at my wedding

I turn your face into a fuckin meat patty

I'll fuck your mommy and go fishin with your granny

This is Bizarre, see you "Devil's Night 2" 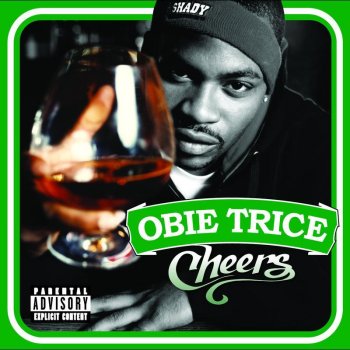