Yo Scotty, they ready

I'm with some hood girls lookin' back at it

And a good girl in my tax bracket

Got a black card that'll let Saks have it

These Chanel bag's a bad habit

Mitch, never left but I'm back at it, and I'm feelin' myself, jack rabbit

He be thinking about me when he whacks off, wax on Wax off

National anthem, hats off, then I curve that Daddy, like a bad toss

Lemme get a number two, with some Mac sauce

On The Run Tour, with my mask off

Changed the game with that digital drop

Know where you was when that digital popped

I stopped the world

Male or female, it make no difference

I stop the world, world stop...

Ridin' through Texas, feed him for his breakfast

Everytime I whip it, I be talkin' so reckless

He said "Damn Mitchie you tight," I say "Yeah Daddy you right"

He said "Damn, bae, you so little, but you be really using those pipes"

I said "Yes Daddy I do, but I got brain like NYU"

I said "Teach me, Daddy, teach me. All this learnin' here is by you

He just wanna taste, biggin' up my ego

Bitches ain't got punchlines or flow

I have both and an empire also

Let that ho ho, let that ho know -- he in love with that coco

Why these bitches don't never be learnin'

You bitches will never get what I be earnin'

Just go ask the Kings of Rap, who is the Queen and things of that

NatureLook at my finger, that is a glacier, hits like a laser

Drippin' on that work, trippin' off that perc

Flippin' up my skirt and I be whippin' all that work

Takin' trips with all them ki's, car keys got B's

Cause we dope girls we flawless, we the poster girls for all this

We run around with them ballers, only real Daddies in my call list

Just on this song alone, Mitch is on her fourth flow

Testo Feeling Myself powered by Musixmatch 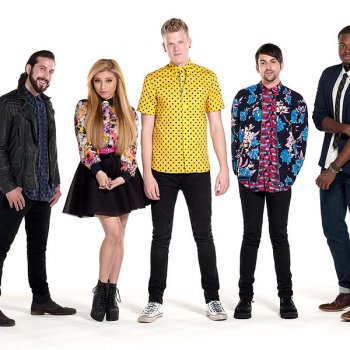 Memories made in the coldest winter