Big bank on me bitch, watch, I pop shit (Pop)

Mob with the clique, take a trip, this that real shit (Real)

Pulled a whip out the garage for the camera flicks (Skrrt, skrrt)

A pound of Perc', and four pints of syrup, that's my travel kit (Lean)

That chopper worse, on my side of turf, this that magic stick

Rich nigga but I need a rich bad bitch (Bitch)

Make a five star bitch, take a seat right on the bench

So many pounds in the vicinity, the room got a stench (Ew)

Way up top, don't fuck with many

When you're gettin' a lot of paper, real or fake, can't tell from which

Flip the switch, take a pic, want that bag? Take a risk

I got ice, live the life, I got cash, that's a lick

They got stripes, won't go right, they gon' blast with the shit

Fuck the tab, make 'em mad, when I spazz, they get sick

Put that Patek out the window, turn that rain into snow

I never changed, only thing I left is change at the store

And know the gang, they don't even ask for names where we go

From the Nawf, used to kick a door, it was me and 'Cho

From the bando, now we toppin' charts on Billboard

For the check, had to grip the Tek, it was me and 'Set (Yeah)

A nigga did a lotta shit, but we ain't gon' speak on that (Shh)

And these niggas ain't stoppin' shit, it's free smoke, they can catch contact (Smoke)

You lookin', it ain't hard to find with all these chains and these baguettes (Ice)

I drip, don't care 'bout takin' pictures when these niggas post every pic (No cap)

Rich nigga but I need a rich bad bitch (Bitch)

Make a five star bitch, take a seat right on the bench 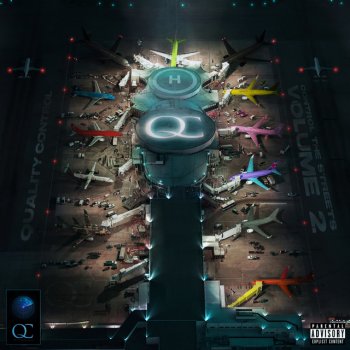