You say you love me

And I hardly know your name

And if I say I love you in the candle light

There′s no one but myself to blame

But there's something inside

That′s turning my mind away

Oh, how I could love you

If I could let you stay

It's late when I'm bleeding deep inside

It′s late, ooh, is it just my sickly pride?

Too late, even now the feeling seems to steal away

So late, though I′m crying I can't help but hear you say

The way you love me

Is the sweetest love around

But after all this time

The more I seem to let you down

Now you tell me you′re leaving

And I just can't believe it's true

Oh, you know that I can love you

Though I know I can′t be true

Oh, you made me love you

Don′t tell me that we're through

It′s late, but it's driving me so mad

It′s late, yes, I know but don't try to tell me that

It′s too late, save our love you can't turn out the lights

So late, I've been wrong but I′ll learn to be right

I've been so long

We've been so long tryna work it out

You ain't got long

We gotta know what this life is all about

Tryna work it out

Too late, much too late

You're staring at me

With suspicion in your eye

You say, "What game are you playing?"

I know that I can't reply

If I take you tonight

Is it making my life a lie?

Oh, you make me wonder

Did I live my life right?

It′s late, but it's time to set me free

Too late, so, let the fire take our bodies this night

So late, let the waters take our guilt in the tide

It's all too late

It′s too late, come on

Testo It's Late powered by Musixmatch

It's Late è tratto dall'Album News Of The World 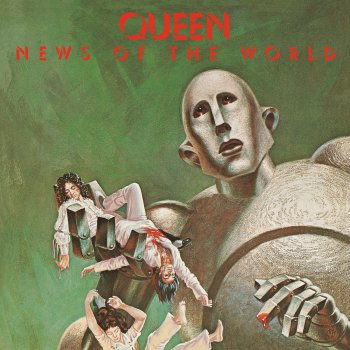 (Let him go!) Bismillah! We will not let you go