Message In The Song testo

There's a message, the song that I'm singing

It's the evil things that people do

The illegal dreams that we pursue

We don't think that we could lose

Ya'll know what my purpose is

I spit verses, to lift curses off my dead president worshippers

Back where the surface is, gangsters and murderers

Making money made us merciless

It's the birth of the streets, it's over they said

I spit my verse with technique, 'til they knowing their ledge

First it's too deep, then I'm over their head

He too lyrical, and too subliminal

Everything from spiritual to criminal

It's a message in the bottle, open it

It's a lesson in survival, cope with it

It don't make sense to die, for the root of evil

It get too cerebral, when that loot seem legal

Either way it's hell, I can't save the world

But I can show them how to save themselves from the...

Evil things that people do

The illegal dreams that we pursue

We don't think that we could lose

Call it cheese or cream or green or blue

It's the root of evil we done proved

It's supreme, from me to you

I see through the eyes of the prophets, King Tutankhamuns

And Martin's and Malcolm's, Elijah Muhammad's

Wise and with knowledge

Paid in full ain't just the size of the pockets

It's rise where the top is, rise economics

I'll show you that time

Is more valuable then them diamonds in your watches

You grind where the block is, you die for them dollars

What's worth more to you? Your life or your gwop is

Thugs is pitching, chicks is in the club stripping

Flipping drugs or pimping hood is blood or cripping

Government sits back hoping either that or crack will kill us

It sound like a setup and we the victims

One out of a million will beat the system

Getting rich from flipping bricks is over with

Take your chips and go legit from the

Don't get me wrong, I don't judge, I'm not knocking you

Guess that's what not having a job will do

People starving gotta get they dollars too

Get that gwop at night, it's a lot of strife

My advice, is don't get blinded by the light

Drug money and blood money got a price

Six feet under or 25 to life

Do a crime and you might do the time you serving

What's it worth when you do a crime and get murdered

Time is precious, time we earned it

Time to question your grind, is it worth it

It's time that we change the game

We been waiting for change, and it came (big up Obama)

Why play with death, play it safe

Do your best to stay away from the

Testo Message In The Song powered by Musixmatch

Message In The Song è tratto dall'Album The Seventh Seal 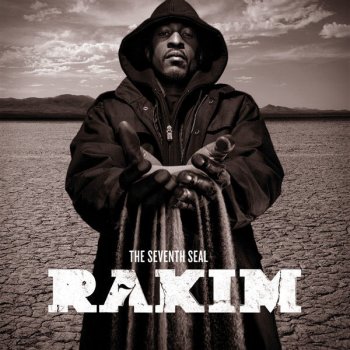