Turn up the bass, check out my melody, hand out a cigar

I'm letting knowledge be born, and my name's the R

That's what I'm saying, I drop science like a scientist

My melody's in a code, the very next episode

Has the mic often distorting, ready to explode

I keep the mic in Fahrenheit, freeze MC's and make em colder

Keep you going when I'm flowing, smooth enough, you know it

But rough that's why the middle of my story I tell E.B.

Nobody beats the "R", check out 'My Melody'

One of these for MC's so they don't have to scream

I couldn't wait to take the mic, flow into it to test

Then let 'My Melody' play, and then the record suggest

That I'm dropping bombs, but I stay peace and calm

Any MC that disagree with me just wave your arm

And I'll break, when I'm through breaking I'll leave you broke

Drop the mic when I'm finished and watch it smoke

So stand back, you wanna rap? All of that can wait

I won't push, I won't beat around the bush

I wanna break upon those who are not supposed to

You might try but you can't get close to

Because I'm number one, competition is none

I'm measured with the heat that's made by Sun

Whether playing ball or bobbing in the hall

I just writing my name in graffiti on the wall

You shouldn't have told me you said you control me

So now a contest is what you owe me

Pull up a chair, and I'ma tear shit up

Switch it around, but still comes out "R"

My repetition of words is "check out my melody"

Some bass and treble is moist, scratching and cutting a voice

And when it's mine that's when the rhyme is always choice

Putting blurs and slurs and words that don't fit

In a rhyme, why waste time on the microphone

I take this more serious than just a poem

Now tear it up, y'all, and bless the mic for the gods

The rhyme is rugged, at the same time sharp

I can swing off anything even a string of a harp

Just turn it on and start rocking, mind no introduction

Til I finish dropping science, no interruption

With the mic and the R-a-k-i-m

It's a task, like a match I will strike again

Put in a order to pursue with the momentum except

I say one rhyme and I order a longer rhyme shorter

A pause, but don't stop the tape recorder

I am the man they call the microphonist

With wisdom which means wise words being spoken

Too many at one time watch the mic start smoking

I came to express the rap I manifest

Stand in my way and I'll lead a ___ words protest

MC's that wanna be dissed they're gonna

Be dissed if they don't get from in fronta

All they can go get is me a glass of Moet

A hard time, sip your juice and watch a smooth poet

I take seven MC's put em in a line

And add seven more brothers who think they can rhyme

Well, it'll take seven more before I go for mine

Easy does it, do it easy, that's what I'm doing

No fessing, no messing around, no chewing

No robbing, no buying, biting, why borrow

My unusual style will confuse you a while

If I was water, I flow in the Nile

So many rhymes you won't have time to go for yours

Just because of a cause I have to pause

Right after tonight is when I prepare

To catch another sucker duck MC out there

Cos my strategy has to be tragedy, catastrophe

And after this you'll call me your majesty

Marley Marl synthesized it, I memorize it

Eric B made a cut and advertised it

My melody's created for MC's in the place

Who try to listen cos I'm dissing?

? Take off your necklace, you try to detect my pace?

? Now? you're? buggin? over? off my rhyme like bass

The melody that I'm styling, smooth as a violin

My wisdom is swift, no matter if

I'm genuine like leather, don't try to be clever

So Eric B cut it easily, and check out my melody... 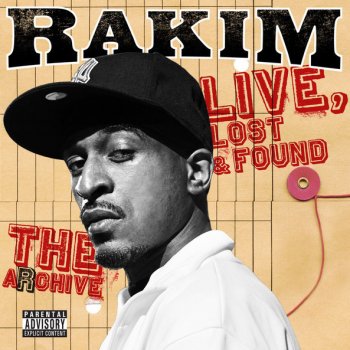 * - originally appeared on the juice sndtrk