In this corner we have the funk body snatcher

That I can chew a whole bag of rocks

Chew an Avenue, chew an off street and off block

I crush your whole brain frame

'Cause you couldn't maintain the funk

That have your rap style for lunch, chump

Give them a punch of the funk, knock all of their gold tooth loose

To show you what type of stuff I'm on

You can't puff or sniff it

Because I was born with it

The Funkadelic Devil, hit you with the rap level of 10

I get action, so everybody jump wit your rump

If you like the way it sounds punk, pump it in your back trunk

And let loose with the juice when I do rock

I'm too hot, some say I got more Juice than Tupac

You heard me, my brother

Lights, camera, cock back the hammer

Straight from the land of the lost

I'ma hit you with the funk force

The original P-Funk stroke a trunk of funk

For the funk that I pack, Red freak it to the funk track

Come on and let me kick

Just to show you where the hell I come from

Check my rep, I'm a hit when I have sex

Of a funky brain cell when it's puffed on a spliff

And all that, the hi hat, go buy that

Listen, look, oops, brother where your eyes at?

There on the floor, pick 'em up

While I pour a lil' funk down your brain punk

Listen to my name chump

I got a glock

Then, pow, your body is all over the block

Tryin' to step to the, the exorcist, kick it

I get mad wicked when twin cocks the biscuit

And blow your head off, just for askin'

We not goin' for the Okee Doke, believe that

Hit Squad is definitely in the house

For the brothers who don't be knowin' what's up

Word is bond, I gotta show them the flava

Aah, back to the funk track, like Black Sheep

I kill, I smother, I get down with the

(You ain't gotta say no more, it's over) 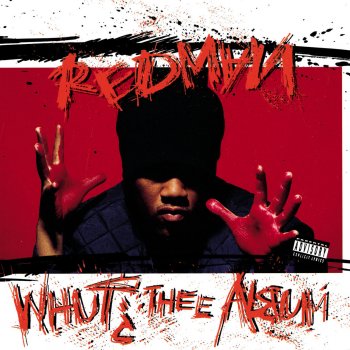