A lot of people don't know about Smith

How I came to the scene, and came to uplift!

With every breathe and every noun

We dare not stop burning Babylon down

With every penny, every pound

Reflective of the rebel heart and the rebel sound

I did dem tours and settled those scores now

I'm back at the drawing board

And I'm sketching out two plans with two crystal balls

I see the future and the culture looks corroded

Lose that chap, man. Better do this: just pause it

I don't know where to show this

So I'm about to bring that back

Whether we chant, rap or sing that back

Anytime we chant that ting, you know we rap that ting!

But we ain't on some boasting about

We gotta make moves, no? slothing? about!

Still they wanna come here, come run up their mouth!

They wanna know what Manuva's about:

Check my catalogue, you'll see with no doubt!

We don't sell out, but we sell a tune or two

We can buy a wooden spoon or two!

Life ting in the frame you know

I don't know where the soul is

So I'm about to bring that back

Whether we chant, rap or sing that back

Oh yes, Roots Manuva, the talk of the town

So watch all the people? sending come fi yuh the run?

Fi anywhere we go, we have the man and control

Roots Manuva is the star of the show 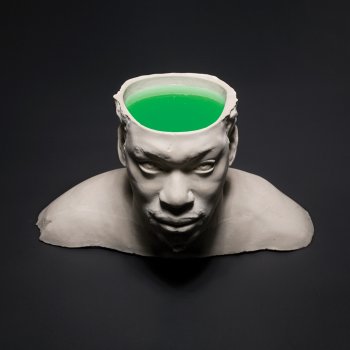