Mind to motion. Know the notion.

Is a discount two-penny with no vampire flock.

As you can tell, I'm from a basic stock.

I get vexed an' wanna beat the world with a pork chop.

Representation of the spit in the grit.

The devil on my shoulder keep tellin' me shit.

Constantly got me feeling like I'm losin' my grip.

Whats'on in my head - I tried fight back the hate.

I look into the mirror - see the face of a mistake.

Should I take these drugs? Should I get so pissed?

I dedicate this to the tippler crew.

Getting drunk, playing punk on the stylophone.

The zone of coasters. coastin' far.

Pissin' in a bottle while drivin' in the car.

Lager lout rap, do you dig my niche?

Toke' he tune off on the pipes of peace...

Cruff-neck scout you know we bought and about.

They major hope in a time o' deep doubt.

We's feelin' the feelin' of knowing the feeling and

Lovin' the feeling cuz it feels so crisp...

Posse on cue they'mouf{?} we jump an' twist

Each and every time we catch a style like this ...

I dance with hippy chicks more madder than lizzy

I could never understand all the hoorah fuss.

Until my drink got spike with a spoon of moondust.

Dancin' into the night - into the day!

Within my soul abhorred {aboard} the slow decay.

Back to square one - sound o' Drum.

The tongue of the book - the look of the crooked.

I don't wanna live until I'm dying to die.

My types o' heaven is a good clean supply.

Bliss for the todger. More jolly than roger.

Drink five rums and we fall on the floor.

The Brute . shall stay . Brutish!

Stone the Crows è tratto dall'Album Run Come Save Me 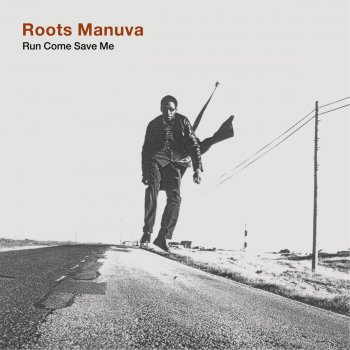