The Dawn of a New Age testo

Guarda il video The Dawn of a New Age

Traduzione The Dawn of a New Age

"And I looked, And behold a pale horse:

And his name that sat on him was Death

And Hell followed with him. And power was given

Unto them over the fourth part of the earth,

To kill with sword, And with hunger, And with death,

And with the beasts of the earth".

And then again "I saw and beheld, a black horse;

And he that sat on him had a scythe; And a crown

Was given unto him and he went forth conquering, And to Conquer

And there was a great earthquake, And the sun became black

As sackcloth of hair, And the moon became as blood.

And the stars of heaven fell unto the earth,

Even as a fig tree casteth her untimely figs,

When she is shaken of a mighty wind, And the heaven

Departed as a scroll when it is rolled together,

And every mountain and island were moved out of their Places."

Almighty mountains and rocks, I beg you fall on them.

For the great day of wrath is coming, And who shall be able to stand?

Testo The Dawn of a New Age powered by Musixmatch

Traduzione The Dawn of a New Age 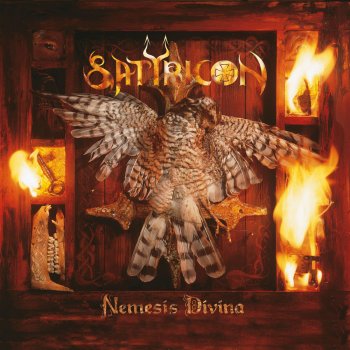