Aiyyo Spider, this what it's missing huh?

Walk with a diddy-bop, arm out the hard-top

Piff lit, yelling out some shit to the ladies

Chrome three-eighty, too small to go on my hip

So I just keep it right next to my grip

But I don't breakdance ever since 'One More Chance'

I don't throw it back, I'm just cool like that

You know the goons is here

Copped it from an old man, when I got it it was totally flooded

Now this one chick seen it and totally nutted

"Sh-Sh-Sh-Sheek." that's what she stuttered, haha

In the streets but still fly high like Jim

I do ten or, and a year and a day like Kim

Either way your chances of beating me are slim

I'm not him, please take precaution

Your boy Sheek pull that baby out like an abortion, let's go

It ain't over till someone fight, let's go

Police thank everyone but men got drugs

Couple of revolvers, clips and some slugs

Sheek watch the news, I know if I'm going for a cruise

The stashbox got a fresh fuse

Apache on him, break beating, bringing it back

Now its CDs, no vinyl

They ask me to spit, I said sure

I had to think what the game missing now, straight up raw

I ain't no backpacker, I'm a clown smacker

I'm in the hood with bottles

With two hoodrats that could be models, if they lose some weight

But I'm good, a fat ass to me is straight

Eff it, I got more in the trunk

You hear that bump when it's come on, the crowd jump

Drinks get spilled, the crowd get crunk

I'm back on it, I got straight hood music

Either way you put it, it's all good music, let's go 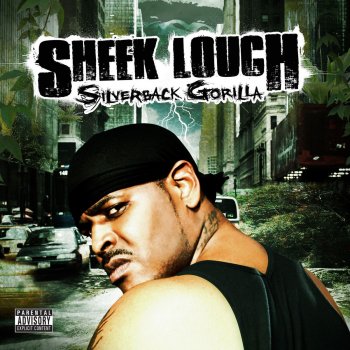 When the nite starts to fall