The Cradle Will Fall testo

A species in it's infancy--a living idiosyncrasy,

This 'naked ape' believes itself divine.

Assured of it's supremacy--it dreams of immortality,

The first words that it speaks--"This world is mine."

But the time has come for us to realise,

That the animal instincts we deeply despise--

Are far more civilised than humanity.

Mankind has lived to curse the day it climbed down from the trees,

But still we keep our heads held high whilst crawling on our knees.

I hope I never live to see the 'perfect' world you crave,

Where ambition is the burden we shall carry to our graves.

We think that we are so superior--for in God's image we were made,

All other life we deem inferior--there to exploit, kill or enslave

No amount of remonstration could ever show a mind so small

Into the future we race driven on by our greed,

Like rats in a maze we will never be free.

Science is the 'new-religion'--scaples slash dissecting truth and reason,

Behind locked doors where no-one sees.

Down evolution's one way street mankind pursues his dream,

Of a race conceived in test tubes with the same designer genes,

He'll go crying to his 'Mother' when he sees the cradle fall.

With the power at my fingertips to realise my dream.

Taking all the world will give me--what it won't I shall destroy.

In our hearts we yearn to be immortal--conquer all sickness and disease,

Create a world where even death's not fatal--then we can shape our destinies.

Blinded by science the masses are duped and deceived,

By the faces that smile from their colour T.V.s.

God is dead man has surpassed him.

Like children in our playground--we contrive such foolish games,

But fail to see the consequence of suicidal aims.

No matter how we bend the rules there's no way we can win,

Not even pleading Ignorance will vindicate our sins.

With the power at my fingertips to realise my dream.

Taking all the world will give me--what it won't I shall destroy.

And reaches for the stars,

With one foot in the grave.

I am human--I have the power to realise my dream.

I am human--I am servant to the monsters I have made.

Testo The Cradle Will Fall powered by Musixmatch 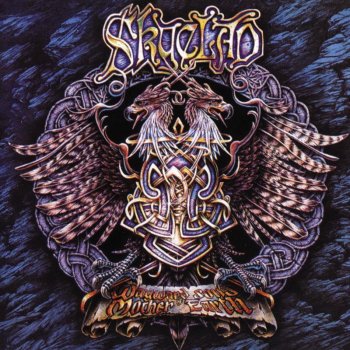