Down to Earth testo

Guarda il video Down to Earth

Heaven on earth, god said let there be light

And there was light but also a dark side

Delirium, you try to run but you can't hide

You're greedy but you can't satisfy your appetite

You're doing everything to get that devil in your mind

You try to see things with the eyes of the blind

Isolation, the result of your addiction

You're stoned to the bone but still alone

You reach out for a shoulder to lean on

But all respect is gone and you can't carry on

For the law just a piece of shit, a criminal

You thought that you could fly, high in the sky

Like superman but in reality you're a weak man

Tear-drops falling from your eyes

You're living in hell and you thought it was paradise

Refrain: it's not too late, take my hand i'll lead you

I used to know - a little boy called roy

He had a dream - he was just seventeen

Crack was a killer - roy's life became a thriller

The higher he climbed - the further he fell down

The king without a crown - became a clown

To get his stuff - roy used to know

How to handle a gun - he lost now he's gone

Refrain: down to earth

My mind is free, i explore reality

I'm not on l.s.d. cause i'll prefer to use only

No hard drugs ganja brings out the best in me

Weed of wisdom, weed of positivity

My inner-mind's eye helps me to see

All this crazy shit going on around me

My life is not funny, not a fucking comedy

Nevertheless i don't do hard drugs, i

'Cause yes it's me, the energizer battery

So wait and see who's got more energy

I'm free for eternity with the b.o.n.g.

Refrain: down to earth

Testo Down to Earth powered by Musixmatch

Down to Earth è tratto dall'Album Under Pressure 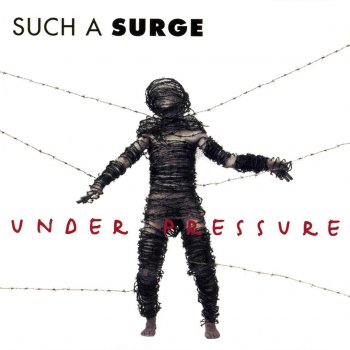 Such a Surge: i testi più cercati