Rebel for the hell of it, hella rich

Never have to sell a brick again, must I tell a bitch again

The bullshit I'm addressin', check I'm on some next level shit

Never been fucked in the game I'm celibate

Rarely out my element, barely out the ghetto with

One foot out and one foot in, intelligent as fellas get

Listen let's settle this, be clear I could fall back 7 years

Still it ain't no one ahead of me

Every single thing I ever did was done heavily

Rap until you're 70, still ain't no catchin' me

Put it on my pops, Big Phil, Aunt Beverly

Be standin' on the top still after they bury me

Nose in the air so stuck up arrogant

Cool when I drop mine that's over, finito

You payin' for your foul like a free throw, baow

Now how could a nigga think that he could see me

Other than the magazine covers or the TV?

Know I sold mo' mixtapes than your CD

You're waitin' on your big break prayin' you could beat me

Broads hit they knees, eyes closed when they greet me

You in a deep sleep, stop dreamin'

The limelight's mine, I'm gleamin', beamin'

That's why I say I'm king bitch, I got my reasons

Shawty he ain't 'bout that really, is he?

Ay, I run this city clearly

Where niggas get off? Piss off

Me and mine aughta take time to pop a lid off

Shit all, over the whereabouts of me, is y'all

Sick in you' fuckin' mind, you figurin' I'ma fizz off

House full of chicks on some 'Girl Next Door' shit

A king who once sell 30 mil' out the store quick

Of course this case lost all my endorsements

But Tip bankrupt accordin' to your sources

I'm still caked up along with more reinforcements

Tore shit up from the lab to the rooftops

'Fore you rap 'bout me, best ask 'bout me

It's all fun and games 'til somebody start butsin'

'Member my discussion when rappers be battlin'

I find out about it, better get to skedaddlin'

Pack your family's bag, move 'em out to Seattle and

We ever cross paths, you'll need ambulance and bandages

You couldn't fuck with me with a Brazil hoe nigga

Shawty, he ain't 'bout that really is he?

Ay, just remember I do this shit

When I want to nigga, it's me nigga

Ay, I run this city, clearly

Shawty, he ain't 'bout that really, is he?

I don't wanna hear shit 'bout I can't rap like this

When I ain't did it that way nigga, fuck you partner

Ay, I run this city, clearly

Yeah, this the king, bitch 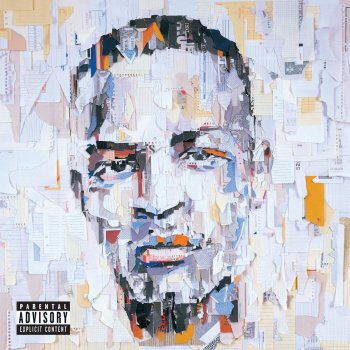