And I know we were all waiting to find out

And did she ever

Hi, this Jordan and I'm from Maryland

I just wanna talk 'bout how crazy it is

That reputation is a year old

And just how great an album it is

And it was just such an awesome tour

She deserved all the awards she got at the AMA's

Thanks for the call Jordan

That it's already been a year

Since reputation has been out

I mean, it's hard to believe that her tour

Is already over in North America

I know she still has some overseas dates left

But, it was an incredible tour

And we love having people call-in

And tell us your favorite moments from the tour

And your favorite songs off the album

Uhm, my favorite moment from the Reputation Tour

Is anytime she's introducing a song

She always thinks that no one's gonna know the words

To hear everyone singing back

To see that this girl

Who's been singing, performing since she was 16

Still is surprised that

We've loved her for as long as we have

Yeah, I remember talking to Taylor

And she was always blown away by the fact

That her fans took the time

To memorize every single song on the album

Before they came to see her on tour

Especially, when her albums were fairly new

It was all of the songs

And you know this next one

Is one that she has not released as a single yet

But, hah, I know the entire Nissan Stadium

Here in Nashville, will sing along

This is "Don't Blame Me" 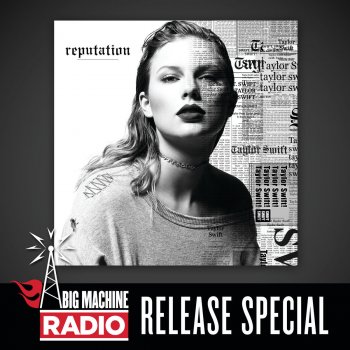