I'm in one place at one time

I'm neither here nor there

I'm hooked to the mainstream,

Tuned into the world

Plugged into my surroundings,

I'm thinking in a straight line,

I'm thinking that these thoughts are mine,

My heart is beating oh so fast

I feel the hours crashing

She's done away with emotion,

She says she sees it all from her room

And it looks so small from her room

She wants to say it again, but she don't have time,

Count the hours, count the months and minutes,

You're lookin' for a reason but there's none

There, why don't you admit it

We'll make the most of what we've got, that's the tickit

I stayed in that room a long, long time

And watched the seasons gliding past

We've got time, lots of time

I'm on your side for a while,

We'll speed up or slow down and we'll maybe overwind...

But now or minds, etc.

*Taken from the album "A Tonic For The Troops"

Like Clockwork è tratto dall'Album A Tonic For The Troops 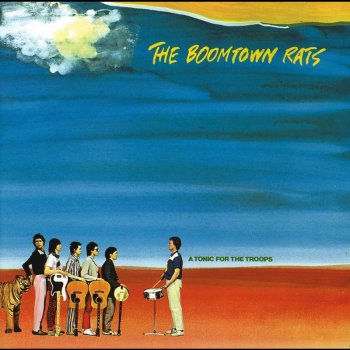 A Tonic For The Troops Data di pubblicazione: 10 novembre 1978

'Cause there are no reasons