We go two, twice all the way round those things

Man stopped us at corner

He had a bloody nose

And then he opened his denim jacket

It was under his vest made out of tracing paper

Disfigured in a lady, tedious

Was over accountant's and on business

Then I woke up and I decided to recommence my diary

Then I read Paula Yates on vision cokeheads

Then I found out we were not going to Italy

And yesterday we has liver and sausage over

And sometimes they say 'Hey Mark you're spoiling all the paintwork'

And sometimes they say 'Your thumbprints are on the paintwork'

Distractors, post-doctors behind come in

This is bloody Newark

Or some drive-in slap place

In Breda and in Cologne

With the shirt (on/off)

As if I hadn't done 10 month's service

(It circles is) where I start

If I'd wanted to live in Holland

And if I'd wanted to be lived in

I'd have packed up and pissed off

Was the last thing I was ever imagining

Hey Mark, why can't I live in England?

(The end of shoes, all warehouse shoe/you've got

Cheap new one, the target is too yahoo

And take over all the desparate

I'll take over discussion and

All power jets on... spectacular facets)

Hey, you're fucking up the paintwork

What is this thing they're so hard-assed about?

I thought I lived in England 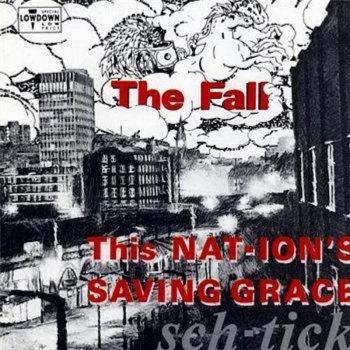 The Fall: i testi più cercati

The other side of the counter