On Me (feat. Kendrick Lamar) testo

Back when Dot was hangin' at Top's in the Benzo

Freestylin' to them Chronic instrumentals,

No pens and pencils

With a Backwood clinched between my dentals, way back when

When we was outside with the indo

Never thought that I would amount to shit

From Impalas to that Harley truck, to dishraggin' bitches

That was hard to fuck, I came up, it was hardly luck

Just left Compton, and I ain't have to use my AK

Back when my drivers license, was baby faced and triflin'

I made my way through crisis, I made my tape

And recorded portraits in front of sirens,I made you hate the vibrant

You can't escape the tyrant, you can't relate where I've been

In '98 my problem, actin' too grown and shit

Cappin' at bitches, yeah my religion through songs and shit

Raise up, nigga, you are not the homie

Bitch I'm well-connected from my section down to Long Beach

Everyday I wake up with my face up to my father

Makin' sure my heart is pure enough to grow my seed and harvest All my king stuffin', double up my plantation with dollar

Every dream is such reality, my deja vu done caught up

Bitch I'm brought up with the homies, that's on me

Know we live by it, die by it, then reincarnate

Ain't no shame on it, cry about it, fuck that, I'll play

Like no name on it, blindsided, ain't no one safe

Documentary had identities of where I'm from

Therefore my energy had to make sure the better me won

It ain't no better one, son, it ain't no tellin' me nothin'

Oh man, you thought these niggas with attitude would show gratitude

From 2015 to infinity it's still bomb weed and Hennessy

I can pimp a butterfly for the energy

There I go, give me a minute, nigga

Pin it on my Pendleton, trap late night, Jay Leno them

Got my mom a tennis bracelet, Wimbledon of Wilmington

Look in my rhyme book, see murder like when I was a fan of No Limit

Ain't no gimmicks 'round here, this Compton, me, Doc and Kendrick

That's on my mama, niggas up and did me a solid

I put that on me, that's on me

You get a bullet fuckin' with the lil' homie

Thinkin' back then like fuck your rules, nigga this is Piru

Slide through with the Erykah Badu

West side Compton, nigga don't mind if I do

From Piru Street to my old street

Nigga this Compton, grew up on a dead end

Got an armful of dead friends

Round here Crips be sweatin' us niggas like a headband

(Yo dawg where you from?)

No time to stop and think

The third time I said it with TDE mothafucka

I'll make you eat every letter

Spoonfeed you niggas like toddlers, from the city of Impalas

When shot callers take their pitbulls and feed them niggas rottweilers

My clip full, I quick pull, no more slangin' 8 balls on the corner

And all them niggas I used to freestyle with, I ate y'all on the corner

Hangin' onto life by a thread out here

Them niggas wearin' all that red out here

So don't you come fuckin' with the little homie

So OG they call me Tony

My uncle told me before he died,

Just keep your hand on the brick

Sell every chicken that a nigga had in stock, yes I did

Walked to Compton, hot pocket full of rocks, yes I did

Fucked a bitch behind the bleachers while on the rag

You fuck with Dot, I'll let you choke on your blood

Raise up, nigga you are not the homie

Raise up, nigga you are not the homie

Testo On Me (feat. Kendrick Lamar) powered by Musixmatch

On Me (feat. Kendrick Lamar) è tratto dall'Album The Documentary 2 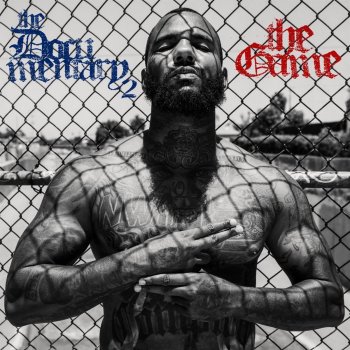 Leave the angels in the city"