I just want you to come home

No matter if it's late at night

(I hear you talking)

I know you saying you working

(I'm just out here tryna get my money you know that)

Fuck that we got enough houses, enough cars

You done bought me enough jewelry

Tired of your shit my nigga you hitting

(You know I be at the studio and shit)

Nigga you lying, who you trying to run that game on?

Who you think I am[?] I'm not one of these thots you met at Playhouse

I just rode by nigga, you wasn't at Dre house

Parked my shit at Ye house and hopped in the uber

Nah look ain't nobody say that

You ain't complain when I bought that Maybach

Put you in Chanel, your friend Chanelle can't even say that

Closet full of Giuseppe[?] you came a long way from Converse

Took you out that concord[?], put you in that Tom Ford

All this arguing I ain't got no time for it

I was just fucking them girls

I was gon' get right back

Nigga you strapping up?

Yeah I'm strapping up, shit you acting up?

You not gon' keep on playing me

You not gon' keep on playing me

Is it gon' be this bitch or your family?

I'll kill that bitch whole family (I fucking hate you!)

What your crazy ass shooting in the house for?

What yo dumbass ruining the house for[?]And what time you get home anyway?

And that's what the fuck you sleeping on the couch for

I don't give a fuck, thug life I'm an outlaw

And the next bitch ain't nothing but a house call

Scrolling through my iPhone looking for my sidechick

This bitch always flipping pushing buttons like a sidekick

And while you gone, guess what?

I'll be bouncing on that sidedick, nigga

Shit, there's a few in the room and a couple in the Wraith too

Now she's explaining to you

And if you are unable to find better you lose

And all this loud chirping that you consider rude

But when food is on the table

We may be arguing like the Cain and we Abel

Then we have some makeup love and we get back stable

Have a little girl I cut the cord from her navel

I guess it's just the way it goes down

I guess it's just the way it goes down

It all goes to game 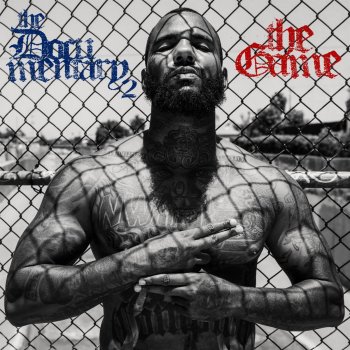