Ray Ray – So what set you claiming?

Lil J – Claiming Hoover and South Shores, we down with 32's in most quads, straight like that

We grew up as friends

We was 10, lil niggas on the block

He ain't have his own basketball so we shared my rock

His mama was a fiend, he ain't heard from his pops

He would spend a night, that one night would turn into a week

At least until his mama got back on her feet

And she never did

So he moved in with me, my mama, and my sisters

So she took care of him like he was me

Gave us everything she could back when shit was all good

Running 'round, stealing cars, dreaming about the better days

Ducking strays, catching fades tryna make it through this maze

Teachers out here smoking J's and wonder why we misbehave

He started cripping, I started blooding

Young nigga out in these streets

Started off as brothers but sometimes shit falls apart

With this nigga mean mugging

Every time we in the class

Caught him after school, he ain't had no ride home

Still got that rag hanging, that's what got him fired on

I was just a young nigga

Young nigga out in these streets

I was just a young nigga

Whopped my nigga ass, he ain't take it on the chin

Rumor started to spread, guess I saw him when I see him

I was walking through the choir, .45 under my gown

Had to take a leak, so I headed to the bathroom

Corner of my eye, see him coming out of the class room

We exchange words so I cocked the 45th

He shot, I shot back, thank God I ain't get hit

But damn I miss my young nigga

I ain't the one nigga

Down with my young niggas 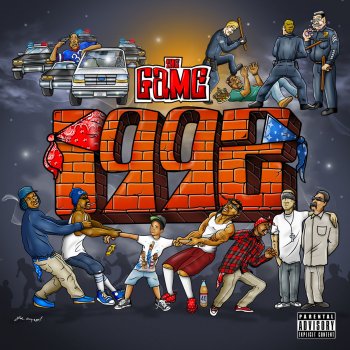