The Stories Are True testo

Criminals killed kings, so which ones the better?

Lying on the floor, you're thinking you're dead,

But you wanna live life do it instead,

You gotta understand how to be true,

It's out with the old and in with the new,

You gotta do it now, you don't wanna go,

Come one now, life is your show.

Come on now let it go,

Everything that you know, step aside,

Let it ride and we're turning the tide,

It's out with the old, in with the new,

Step aside, the stories are true.

Back down never to know one,

Understand exactly where I come from,

Take me into the action,

These are stories that true no lie,

Days of destruction you wonder why,

I'm a punk rocker till the day I die,

And the days come and days go and life gonna pass by,

And this world is the world I know,

A world of no rules no place that I won't go,

Let me open up the door for ya,

Let you into a whole new world for ya,

You see you never know,

Where you end up tomorrow.

The next thing you know, the victim that was beaten

Was the same person you thought was undefeated,

Lying there next in the line,

Sometimes kid you gotta do your time,

Think about the fall and what you did wrong,

Before you can move along,

You gotta do it now, you gotta know,

Come on now, life is your show.

Testo The Stories Are True powered by Musixmatch 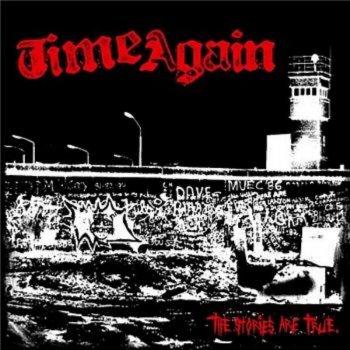 Just a boy who loves his mother