Wanna send it to Freddy

No lie, we don't spend on a jezzy

Thirty racks that I spent on the Presi'

We be steppin' Fendi, we're spendin' a twenty

The woman, she'll never forget me

My youngen in black, messy

Yeah, I just got the gwap in, heavy

Them drops are holdin' horses

I-I got this coat imported

Nah, it didn't drop in Europe

Lots of tourin' out on the street

Them shoes that's down by my feet

I got them now, but they're out in a week

Four foreigns, we're out in a fleet

Niggas rollin', I round up the team, listen

Doing their ting, food in the cling

And two weeks rent costs two and a bit

Got a view and it's lit

Half a box, man's doin' that quick

My cunch ends popped off so much

I packed my bags and moved to the strip

Niggas be talkin' trappin', they're lyin'

Look at my bracelet, actually diamonds

Niggas don't want me to pop out

Cleanin' the strip with the mop out

'Cause she gave me hat, pop down

But my wrist is on bust down

Who can I trust now? Rolling with uck town

Goin' to uck town, I don't do shows without uck now

And all of my shows gettin' shutdown

Yeah, you had some money, you're bruck now

Leave gyal shy when I come 'round

Check out my coat, that's a chinchilla

She wanna hold on my chinchilla

Women with us, they got sick figures

Check it, I'm boilin' the rock in

Watchin' the oils, they're droppin'

Whip it up, oils are lockin'

Plus all of my boils are problem

Yeah, gunners are with me, you know it

Yeah, I'm runnin' the city, you know it

No, it's nothin' to spend all the profit

Told myself I ain't shoppin' this week

Next day, Harvey, top and a jeans

Both of them shits gonna cost me a G

Sayin', show this to your people innit

When I talk, yute listen 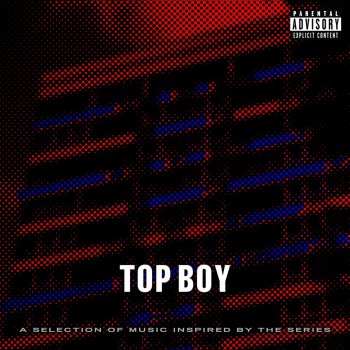