TV In The Radio testo

I wear my Nike boots in Gucci

I don't wear no Timbo

I kick it any tempo

I'm lifted off the indo

I'm poppin champagne, drinkin till I'm jumpin out the windooow, haha If the autotune's gone bet they'll all tune in

So I'mma do it bigger than an Audemar wrist watch

Hip-Hop slackin, why they gettin Grammies when these niggas is actin?

They phony, should get Tonies for the thing that they be yappin

It's utterly bologna so I'm Muslim to these rappers

And have them people leakin like they're CD isn't mastered

CD is in plasic, these niggas is has-beens

We ain't makin friends while these niggas is Anistons

Dig, these niggas is fake joe

Hip-Hop need to wake up, we the fuckin clock radios

We original officially the most original

If we wasn't so original then we'd be criminal

Wale and K'naan they don't know is they're radio

How the hell did they fit the TV in the radiooo

They told me go in, no problem I'mma go in

And shy away from drama, I ain't run away from no man

And there ain't been no buster prepared for you suckas

Then they'll play with Mario Brothers when it was duck hunt

That's words to my mama, since I was in a starter

A nigga been a star before I forfeited my scholar

Shit my homecoming is here I'm who they call up

From the city the Philly women willing to menage

Though I put em on pause since Manilli been involved

Though everybody's on me like the Milli V part

Now I'm from the D Dot where we not no beatboxers

We talkin B blockers keep us with deep pockets

See not no fad or no internet phenom

Me I'm not shy and my partner's Somalian

K'naan and my buzz is too big like Comala

I don't know why the industry wanna keep me a secret

And Wale been tellin other rappers take a deep breath

And don't perform after him or you might regret

I guess they didn't get the memo or the leaflet

And if you had more street cred then you'd be dead

Fuckin with my people well that's called the Heath Ledge

Needless to say I turn rap beef to piglets

Make you speechless, make you bloody, make you teethless

Then the blood drip on the floor poison pieces

I been on more red carpets than Ryan Seacrest

Don't cross me cause my friend I'm no Jesus

I don't turn cheecks or draw blood like leeches

And my friend's a nut me spark in heaters

Get your ass privileges with parking meters

Do I condone it or is this some kinda small talk?

Under pressure I don't sweat like my pores shut

And inside they think rap soft

My pen sparks the benchmark I fench off tar

No sixteen, no vaccine, I'm so sick my ten bars cough

Testo TV In The Radio powered by Musixmatch 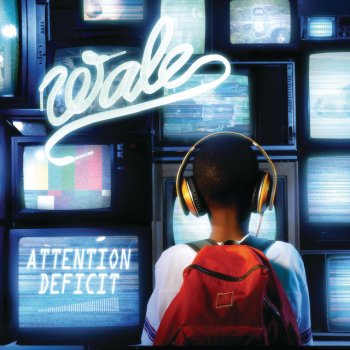