Am I Dreaming testo

Guarda il video Am I Dreaming

What up Emf, what up Jay

I swear these rap motherfuckers

They all dreamin' they all gangsters

Most of y'all not as hard as you say you is

You soft as cotton swabs, so get up out my ear

I'd rather have wax build up

Than whack images of rap niggas

Talkin' 'bout shit that they don't even know about

All the keys of coke they got

Blowing out substances, so much irrelevant

I ain't tryin' to preach, but at least try to relish this

You're hotdogging it, you're feeling yourself

The movie of your life, you gonna film with yourself

Co-wrote and co-produced by you and only you

Embellished and re-edited and this is nothing new

And I ain't tryin' to discipline

But this is something you all don't realize

A sight for sore eyes, I'm the brightest upcoming

These other niggas dreamin' if they thinkin' that they thuggin'

I seen this nigga, man

Yo, I seen you at the bus stop, dawg

You don't have a Maybach

You ain't got no Benz

You can have a bucket and do what you do, dawg

It ain't really all that, you know

It's cool if you think your flow the hottest 'round

But you're not Kanye, so go an put your collar down

And you ain't gotta frown, dawg

You can be a thug, but please keep your pants on

Cause all this saggin' is bad to see

You're watching too much television

Dipset could tell you, listen

Your whole flow, I can spot it like leopard skin

You're not Juelz, Jim Jones, or Cam

Jeezy dropped, everybody a snowman

Say you got pounds, I ain't seen you with an old Gat

What's so bad is that your flow is all fixated

Over street dreams, your dream, you can't illustrate it

You're not innovative, you're just an imitator

Take your Visine and caffeine and wake up

You know who I'm talking about too, but

The bad man want to talk about

He got money, he got jewelry

Man, I seen you, youngin'

You got motherfuckin' Pumas on, dawg

Sold weed, though, but no kilos of coke

Used to go in niggas' whips for C notes and roll

And I'm not a thug but I do got a temper

My right hand symbolizes what I must remember

My intentions were to never take another life

Unless mine dangled in the trenches

Sprinkle them with flow until they souls all drenched

And drown with my style, cause I'm brighter than they is

I hope to make them smile while enlighten all the kids

Hip-hop, that's my art, real life is what it is

And if you rap and you got, like, a problem with me

First of all, you can come see me

Second of all, you, you don't gotta tell us about all these items that you claim to have

You got your guns, sure, you know

And another thing, back on the other shit

The bad man told me he had his Glebe with dimes

The whole time, he in the mall buying shoes for the girls

She tryin' to look like Star Jones a little bit

But anyway, I'm jive, whatever

My nigga told me he fresh

He got dissed down at Third

The nigga got like an 85 Corolla or some shit

My point is, these rap niggas is jive

Dreamin', but it's alright

I ain't gonna knock your hustle

I'mma let that hook ride out, cause that was jive

Testo Am I Dreaming powered by Musixmatch

Am I Dreaming è tratto dall'Album Best of So War 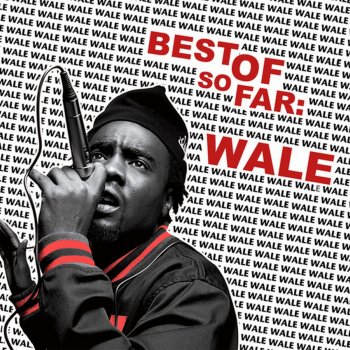