We in a different time now, bro

Man, we all gotta do our part

We gotta feed the old, the young and everybody in between

These niggas be hatin' on the low

I just play it cool and confident, they would never know

My intelligence is the weapon I use on 'em first

It take a smart man to the play the fool and the rules don't reverse, mmh

Dummies could never play me (never)

One of the best of my generation but media hate me

Nigga we grew up on Weezy and Baby, Lupe and Jay-Z

That mean I shoot you, say miss, excuse me

Get her in tune and off The Cool, kick push to your old lady, yeah (heh)

They move the goal post for certain niggas, they not official

I know some starters and sugar daddies that's politicians

I know some corner boys that could die tryin' pay tuition

Now is you mad 'cause my wallet, my woman, or complexion?

Life could be easy but it's never simple

Uh, what do it take be a gangsta?

'Cause young boys on opioids never felt much, yuh

They chasin' money 'til they taste blood

Now an innocent kid dead 'cause y'all ain't think enough

Now the city is prayin', postin' her picture up

And every time I see 'em, I shed a tear and get really numb

And now we here, it's two parents buryin' their only daughter, uh

How could you kill a child when one of the codes of the streets was keepin' 'em from that violence?

It's deeper than y'all beefin', them people be out for us

If we killin' our people then we become problems, yeah

Excuse I got too deep

I been skatin' a while, why you try to Kerrigan? Please

I'm 'bout to embarrass niggas, I feel that have carried me

This industry very cold but it look to you very sweet

You put too much faith in it, it puts you in therapy, Lord

These niggas be hatin' on the low

I just play it cool and confident, they would never know

My intelligence is the weapon I use on 'em first

It take a smart man to the play the fool and the rules don't reverse, dummy

Whether you like it or not, we will not stop

But rather turn fear into fire

Or lose the three manifestations of a supreme god

Olu is King, you in the presence of Olu 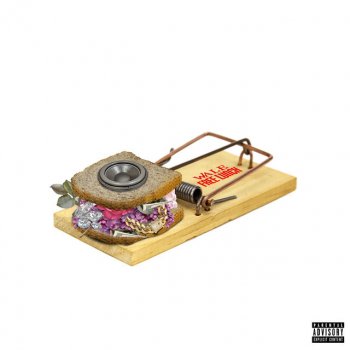 I done got hot, cold, like a million times