The One Time in Houston testo

Guarda il video The One Time in Houston

George: Nobody wants to be with someone who loves them

Jerry: No, people hate that

George: You want to be with somebody that doesn't like you

George: I am never saying 'I love you' again unless they say it first

In the most endearing manner... that these jawns is for everybody

And the way the broads are choosing us

I think I'm 'bout to move out Houston

Nigga, got that black bottle on me

Black-black bottle on me

Half the Bs in my suitcase

On the brown, I'll probably OD

Cause I'm in H-town and I'm crawlin'

My favorite bitch at Dream be stripping around 2

She love to say "I fuck with you, thank you for coming through"

She gon' get you in your feelings, then get you out of your loot

Oh, she don't love you

She don't love you no more

Jerry: Are you confident in the "I love you" return?

Jerry: Cause if you don't get that return, that's a pretty big matzoh ball hanging out there

George: Aw, I've just got to say it once, everybody else gets to say it, why can't I say it?

Elaine: What, you never said it?

George: Once, to a dog

H-town, what they do, yeah

And the way the broads are choosing us

I think I'm 'bout to move out Houston

Nigga, got that Black Bottle on me

Black-black bottle on me

All the Bs that I brought in here

Is on the ground, I know we'll OD cause

My favorite bitch is ready, said "what did you try and do?"

I told her "it's whatever," she told me "whatever" too

She told me it's a problem, what's the problem?

Yeah, she don't love you

She knows that I've been rolling up like a motherfucker

Friends tell me I'm a motherfucker, they know

Friends tell me I'm a motherfucker, yeah you know, you know

Syrup in bottles, be balancing my anxiety, hey

I ain't sipping to fit in with niggas

I go to Texas for women, and no Timbaland weather

Mademoiselle, every nigga fetish for reals

Stay till the morning, my shit be snoring off with that pill

What a role model I be

MA, blame it on the batch, girl, it's OK

Pop one to relax, see, this rap shit is so fake

Women so fake, all these niggas so fake

So who am I to ask 'bout ass, titties or whole names?

Now she giving government and her number away

Meaning she wanna do things not for public display

I'm off a high and I'm losing my mind, in a daze, yeah

So won't you tell me you love me while I'm stuck on this wave?

Testo The One Time in Houston powered by Musixmatch 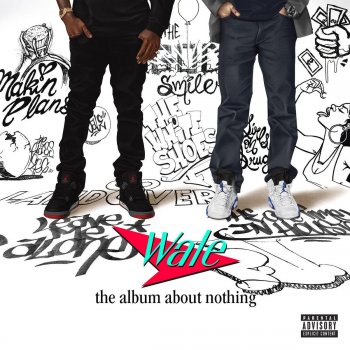 The Album About Nothing Data di pubblicazione: 31 marzo 2015