Drink 'nough beers before the game, what d'ya call that? Georgie Best MC

You man sleep, that's why you're not the best MC

You man are part time, never had beef

Now you're on your mic like a bulletproof vest MC

I was in the shadows, I came to the light with a path

My spitters that wanna be first and never be last

With the flow I'm like rah, what the ras?

I'm a striker [?] get my triple A passes

I'm sitting with the staff

Listen up, I ain't normal, I'm sicker than my bars

Driven myself crazy, I've been in every condo

I like to fly by on my black Yamaha, that's winging

Some man did a crime and talk but that's singing

Getting new money though but I've already made a killing

I've already made a scene, I already live a dream

And the king's road's lonely, you can't go with him

When it's time for a test

Made it, now you're lying in your bed

It's like yo, has anybody seen my flow right here, cuz?

What makes you so scared, I'm sure fear does

On the real though, I set up and face it

The devil's high in my scene, that's why I embrace it

Let me go on and enjoy what I created

Man will jump on the stage and go ape shit

For years I've been killing it, trust me

Swear down, I will never get rusty

My lyrics dem will rough up your lyrics like rugby

For the work I put in, the fans love me

It's only three bits of liberty

Me and Will's tyranny

In the sky and then I'm right through infinity

Forever after, Dev be the master

This precinct when it gets darker

Don't think you can stand the heat

You can't stand this beat

My man said he feel paro

When I spit and my arms start swiniging, I'm bringing

More raw shit than a [?] works

Smell it and know why Kano writ it

Wrote it, fuck what you write, don't quote it

Focus, look, now I'm back and it's hopeless

Comparing me with these seeds

Too rare a breed of MC

More than once a minute

That bang harder, where the fuck's the gimmicks?

I've got the heart and spirit you can't harbor

[?] pass the limit and then scarper

When it comes on top with the urban legend, I get 'em like Carter

These spitters can't better these levels of terror

In grime, I've lined my catalogue up, prime [?]

I'm never too far from the hype that I set up

I step up like a bredda who's livin' in nice weather

At work, puttin' words together with [?] letters

I spray, make a big tree lean in the road

Trees drop on your house to leave them a cold

Trees drop on your car, the windows smash

But this whole time, fam, I've been holy in grime

But you're never stage right when I'm holding a mic

I'm a pro now, bro, I jump over the spike

Any hardcore fan of grime

Go mad when you hear this bang inside

I got the keys like pianists, black and white

I've been a beast in the scene all my adult life

Ever since Will said "Hello, hi"

I was sat in the shadows, high

With a way less narrow sight

Nikola Tesla reborn to a next stage

The world's in debt and our men are all templates

Puttin' up my worst and best traits

Converse in a verse with dead saints

Holy grime, it's a blessed day 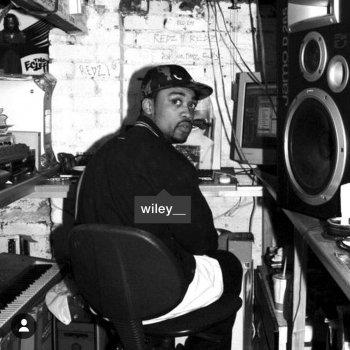 Drink 'nough beers before the game, what d'ya call that? Georgie Best MC