Evolve or Be Extinct testo

Evolving, how many days will it take to hit another level?

There is not another spitter that I won't take on

If you lose well then get off

I'm a winner, my vibes like a rave full of 20 thousand people don't bother puttin' hate on

I don't wanna hear a thing that you wanna say wrong

Silly me, silly you, delete your thing

We're bigger than this, I'll defeat your king

God knows I try calm but he goes in

He's just an MC but but goes in

Their style is whack like its a repro thing

I'm going in, I ain't coming out

I got a style and it ain't running out

But my life's running out, we don't live forever

However my music can live forever, whatever

Tell a man chat to a badman bredda

And you can't fool me but you act quite clever

I don't care if you're the rawest bredda

What now then? you must have thought I was a Klein like Calvin

I don't take care of chipmunks My name ain't Alvin

If you wanna hear it again, play it back

I don't peck with pickney raise that, like a dad without the Maybach

None of them better not try me again

Battle anybody for a 8 stack

I take your 8 stacks

Put it my grey sack, put it on my back then I move off ASAP

I am music but I'm not Arab

My name's Eski, I'm sitting on the clouds where the best be, take that

Shut your mouth though, cause I'm a don

Don't get me wrong when I'm singing a song

I go back to the war start bringing it on

What, you play ball and you think you're LeBron

By then I'm on a racetrack winging along, gone

I do it right and you're doing it wrong

Like what type of mic are you doing it on

You know half good MC's ruin a song

I'm like why are they doing it wrong, that's long

I stack that money 'til I'm blue in the face

I go fast like I flew in a race

I'm on the title I kill off any rivals

Nobody's really spitting on the beat

Think your bad but you can't do a fireball

My kind of style ain't buyable

You gotta earn it, you gotta learn it

Your kind of style ain't viable

When it's a grime thing

I'm on the track fighting

On the Rosé, not the White Lightning

If a soundboys dead and he calls my name

I roll up and its like I revive him, par

I should have let him fade out lightly

Them ever getting anywhere weren't likely

Yeah I'm Wiley, you say don't like me so what

I'm not a show off

But when I'm about it's a road block

Them spitters are good but their flow's not

As tight as mine I'm like an old knot

God I'm in control I'm not a Rover

Here's how I evolve I can't hold off

So many chatting on the cliff but they roll off

Climb back up but by then I float off

Inner souls can't front until it goes off

My future's bright, it's orange

Not brown in a syringe

I go jogging, my fam might ask for me

My mum says "I ain't seen nothing of him"

Testo Evolve or Be Extinct powered by Musixmatch 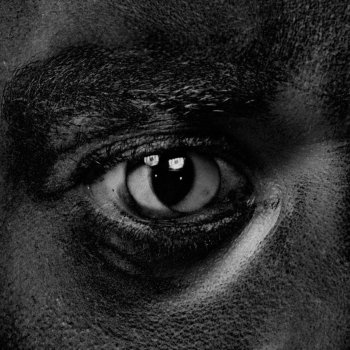