They told me, what happened, alright

You're still young, and things like that always happen

When you'll learn, then you'll know not to make those mistakes

Really? These dudes don't want it with Deck, no, my set glow

Hate it or you love it, but you gonna respect though

You ain't got to know my name, check the blood, sweat & tears

For years, niggas know I bang

I'm a made nigga, caking what you call a boss

On my own two, never taking orders from ya'll

What I spit, get the corners involved, it's wreck on the yard

It's House Gang, son, it's more than hard

On the flip side, nigga, it's them hammers and clips

Wanna live in high fashion and rich, so we scramble the strip

Camouflage, with they hand on the grip

Ain't nothing gon' stop kid from getting his due

No, your feets not big enough to fit in his shoe

I don't rock what you rap, niggas, they be pole

On 'the wire', just not HBO

They under fire, edge around the way we know

They know they time up, guess that's why they hate me so

But yo, they will never take me though, I had to go like

One Six Ooh'ing it, doing it, king size

For those that follow my lead, attract to the light

At the same time, marvel the speed

I'm so dope, I can bottle it free

The most influential, modern day murderous he

Yo, deep in the bungalo, chopping the motherload

Carving my own path, taking another road

I need a son to soul, he brought the troops with him

It sounds presidential, I got the truth serum

Don't want the booth near him, respect in the sabotage

I'm on the patio, stretched in my camouflage

And my grammar's hard, the Wolverine skeleton

I be the yellow man, snatching on the other brand

But on the other hand, light up the darkness

My apartment is a hole in the wall, nigga

Pass me the rock, stop holding the ball

I told you before, under worser conditions

I'm going to the Summer Jam concert to bash your hero

Lie up in your bedroom, smash your bureu

We looking for the money, man, pass the Euro

Apartment to pesos, pass the yen

And, we don't want to have to ask again

Cuz we ain't gon' be laughing then

These three men, take on your whole staff and win

I'mma be sitting at the table when the cork pop

You gon' be sitting at the table with a porkchop

It's your boy Ace, BK's own

All you ringtone rap dudes, please stay home, come on 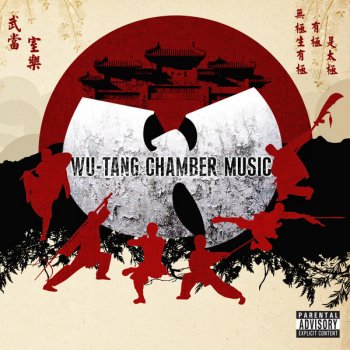