Protect Ya Neck (The Jump Off) testo

Guarda il video Protect Ya Neck (The Jump Off)

{Ladies and gentlemen, we'd like to welcome to you

All the way from the slums of Shaolin

Special uninvited guests came in through the back door

Ladies and gentlemen, it's them}

Dance with the mantis, note the slim chances

Takin' it straight to Big Man on Campus

Brandish your weapon or get dropped to the canvas

Scandalous, made the metro panic

Cause static, with or without the automatic

It's drastic, gotta send half to Dirty Bastard

Slay 'em in the eighth inning

Mink jeans on, seen where the real at

Yo, bring it back, 9 more civilians

Go broke, all seen, done it

Words from the heavy set

If I don't eat, then we already met

Now what Clan you know wit lines this ill?

Bust shots at Big Ben like we got time to kill

Niggas can't gel or I'm just too high to tell

Put on my gasoline boots and walk through hell

Wit 9 generals, 9 ninjas in your video

Man metaphysical, I speak for criminals

Who don't pay their bills on time and fuck wit digital

My sword got a Jones, more heads for the severing

Johnny in the dungeon, takin' all bets, throw ya ones in

My gun bullet hollow for you to swallow

Blowin' the nozzle, hear it whistle

One in the head, this is code red, man for dead

X amount of lead spray from the barrel

To make my niggas from East New York flip

Yo, you may catch me in a pair of Polo Skipperys, matching cap

Razor blades in my gums

You may catch me in yellow Havana Joe's goose jumper

And my phaser off stun

Y'all might just catch me in the park playin' chess, studyin' math

But you won't catch me without the ratchet, in the joint

Smoked out, dead broke or off point

Your socks hangin' out, yours is talkin'

Sport my old Force MD furs in the 80's

Taught y'all niggas how to rap, reimburse me

I'm nice, maxed out, creepin' wit the ax out

Murder these bikini bitches, switchin' with they backs out

Bitch, I'll put my dick on ya lips

Shells in the mouth, jailhouse snitch

You might see me in a 6, that's not my style

You might see me wit a bitch, that's not my child

I be in the Benzo, keep a low profile

Tryna get money, y'all cats is wild

I pose for the clothes, make a song like wild

I'm a chip off the board game, got sword game

Darts on layaway, beats on standby

Outfits pressed up, ready for airtime

Broke the record flowin', without any knowin'

That my wordplay won the 400 meter relay

It's on once I grab the baton from the DJ

A athlete wit his iron cleat in the ground

Wildest nigga who sprint off the gun sound

The best time yet still 7.0

Testo Protect Ya Neck (The Jump Off) powered by Musixmatch

Protect Ya Neck (The Jump Off) è tratto dall'Album The W 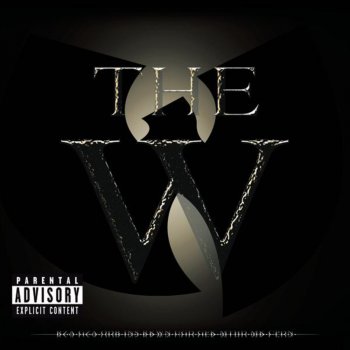