C.R.E.A.M. (Cash Rules Everything Around Me) - A Cappella testo

Guarda il video C.R.E.A.M. (Cash Rules Everything Around Me) - A Cappella

I grew up on the crime side, the New York Times side

Staying alive was no jive

So then we moved to Shaolin land

A young youth, yo, rocking the gold tooth, 'Lo goose

Only way I be gettin' the G off was drug loot

And let's start it like this son, rolling with this one and that one

Pulling out Gats for fun

And running up in gates, and doing hits for high stakes

Making my way on fire escapes

No question I would speed for cracks and weed

The combination made my eyes bleed

My life got no better, same damn 'Lo sweater

Figured out I went the wrong route

Catching keys from across seas

Rolling in MPV's every week we made forty G's

Yo nigga respect mine or here go the TEC-9

Ch-chick-POW, move from the gate now

It's been twenty-two long hard years of still struggling

Survival got me bugging, but I'm alive on arrival

I peep at the shape of the streets

A man with a dream with plans to make cream

Which failed; I went to jail at the age of fifteen

A young buck selling drugs and such who never had much

Trying to get a clutch at what I could not

The court played me short, now I face incarceration

Handcuffed in the back of a bus, forty of us

Life as a shorty shouldn't be so rough

But as the world turned I learned life is hell

Living in the world no different from a cell

Every day I escape from Jakes giving chase, selling base

Smoking bones in the staircase

Though I don't know why I chose to smoke sess

I guess that's the time when I'm not depressed

But I'm still depressed and I ask what's it worth?

Ready to give up so I seek the old Earth

Who explained working hard may help you maintain

To learn to overcome the heartaches and pain

We got stickup kids, corrupt cops, and crack rocks and

Stray shots, all on the block that stays hot

Leave it up to me while I be living proof

To kick the truth to the young Black youth

And ain't trying to hear what I'm kicking in his ear

Neglected for now, but yo, it gots to be accepted

That what? That life is hectic

Testo C.R.E.A.M. (Cash Rules Everything Around Me) - A Cappella powered by Musixmatch 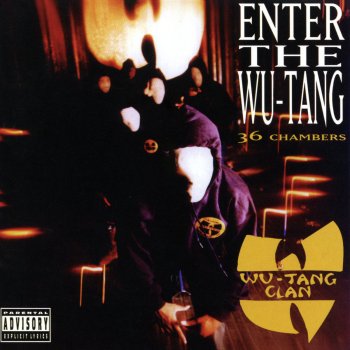