She ain't felt this good in a while

A new leash on life, a vibrant thang, a beautiful smile

Used to run with a circle of friends, who was skeleton thin

But see, all that's a thang of the past, she got class

And be damned if she'd let herself burn and crash

She ain't from money so she startin from scratch

It's hard working for scraps

It take everything she got not to relaspe

She get sexually harrased and chastised

Boss is a married man, she won't touch him

She's out of her job, at Basket Cakes

It's a cold, cold, world, and you know it

Niggaz will lay you down and take your bread, yeah and you know it

Only two choices, you can give it up or you can just die with it!

Only two choices, you can give it up or you can just die with it, yeah

He was on his own, at a very young age

When he learned from the streets, made everything change

See he came up with hustlers, lost his religion

It's funny how money can make a nigga think he livin

That's what he say he can get for the flip, they thought the deal was legit

But he stuck him and split, in deep shit

Live a positive way, she the first one at church every Sunday

Blind to the needs of her son, he's a gatling gun

In the streets, jackin niggaz for fun

It's a non-stop search through the hood, but can't catch him

They found out where mom stayed and went steppin

The evil that men do, but still we continue

With death and dishonor, for the all mighty dollar, it's so cold

He was 13, brought up in Baghdad

Ate with his right and made money with his left hand

Prayed to the East, 5 times daily

His mother and father just had a new born baby

Now his father was an Imam who carried the weight

And built his family on 5 pillars of faith

Pilgramige to Mecca to circle around Kabba

His cousin waged jihad and died with honor

He heard about the buildings on 9-11

And a man named Bush on a search for weapons

But his family's too broke to move or find shelter

If they all had to die, they would die together and that's cold... damn 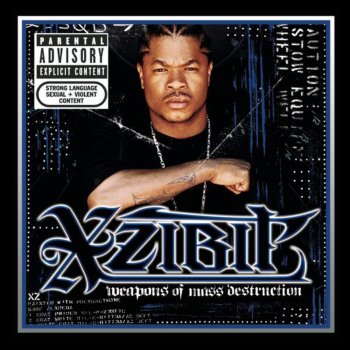