She was a brown skin, ebony honey that love hip hop

Cut off tank-top, she make your whole face drop

Hotbox, like it or not, she don't care what I got

She got her own knot dealin' in stocks

And in the backwoods, she plans to dust me off

Suck me off and then say, "I must be off"

Tryin' to smoke with X, the Cali kush is makin' her cough

She must hate wearin' her clothes, she keeps takin 'em off

At the Palms Hotel on a Friday night

Attack each other like animals 'til the sky turn bright

Make it a night to remember, she went tellin' her sista

Then her sista turned around and told the shit to Melissa

Then Melissa got my number, started sendin' me pictures

In all type of different positions, man, this bitch on a mission

I ain't a bad guy, just dealin' with scandalous bitches

I remember when Xzibit used to push in a Caddy

I met this chick from the Valley, she said she wanted me badly

Now this is common in Cali because the homies is savy

Bitches be givin' money to niggaz and callin 'em Daddy

She in a brand new Lexus, just moved from Texas

She came to California to model and be that next bitch

Maybe get some jobs, try to politic some connections

I said appreciate for X to the Z

My homie picked through my trash instead of talkin' to me

About the big hundred stacks and them bricks to match

Forever watchin' his back, therefore he never relax

And when her nigga attack, he got a slug in his britches

He ain't a bad guy, just dealin' with scandalous bitches

I met this girl from the 'Natti, I got along with her daddy

I made it up in my mind, this is the girl I'ma marry

Now when you wanna get married, the preparation is scary

She moved out to California next to me in a hurry

Her reputation was dirty but yo, that didn't disturb me

I want to stop the insanity, try to have me a family

Started checkin' my phone and brought her back to reality

Left her ring on the dresser, adios, motherfucker

I'm travelin' home from the road, I hear she fuckin' with Usher

Even though everybody around me be thinkin' he corny

She denied everythin', said the rumors was phony

On the phone cryin', she love me, said she wanted to hold me

"Yo, he ain't shit to me, Alvin, I was just into his album

That was some bullshit, I'm sorry, I'm better without him"

So I'm off to Miami, got invited to party

By Mr. Raymond himself, yo, I ain't hatin' nobody

Now when we walk in the party, yep, guess who I see?

Lyin' bitch, said she was callin' from N.Y.C.

And when she seen it was X, she started cryin' and trippin'

And dude was lookin' confused, the scene, it couldn't be written

Now he just pluckin' his chickens, I ain't gon' sock him or diss him

A little over-dramatic, in Rome I called him a fagot

In front of millions of people, funny but shouldn't have done that

I was makin' a joke, I didn't mean to offend

Like when I introduced Destiny's Child as Boyz II Men

I ain't a bad guy, just dealin' with scandalous bitches

X, you ever get tired of, um

Motherfuckers talkin' to you about 'Pimp My Ride'? 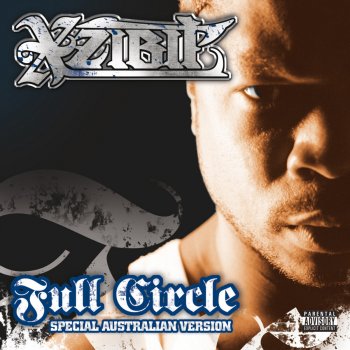