West Side, West Side

Nigga kill off all beef

I'm a West Side with rackn', in the back whats happenin'

40 Glock, snap a Insta, ain't no need for no caption

I got put on by four niggas, wasn't need for no bandage

I did my stuff like a young nigga, that's how I'm s'posed to handle it

Homie threw a right, duck, hit him with the left, bop-bop!

Two to the chin, bop! One to the chest

One to the ribs, the haymaker didn't connect

Dropped him but didn't stomp him cause that's disrespect, woo!

That's how I got put on

Tree Top Bompton, yeah I got put on

It was hard in the hood

I was rappin', my homies sellin' hard in the hood

I know Game from cedar block, Dom from the West

That was [?] and Pac, what's his name and his chest

Just got a call, the homies just got bust on

West Side, West Side

Nigga kill off all beef

I was in the county with lions, most of these rappers be lyin'

'Cause when I seen 'em, they be quiet, the definition of silence

That's a principle of proof, the definition of logic

That this nigga is a bitch

Every chance he get, he dogdin'

All the licks I split, from the houses I hit

They brought him more cases in jail, but a nigga ain't snitch

That's how it's s'posed to go down

Held it down, didn't nobody else go down

You a blind date, have my bitch pick you up

Then have one of my top members stick you up

My whole family tried to set me but it didn't work 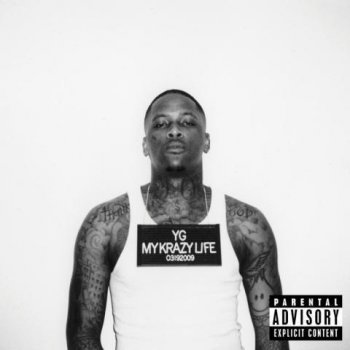