Fuck all you motherfuckers

Look, uh (world we live in)

I swear I used to have a heart, it went ghost on me

I put my trust in a nigga, and he stole from me

Huh, I said I can't let no nigga take my soul from me

Huh, all I need is money, I′on need no woman

Yeah, you can't save everybody you gotta pick and choose

My daddy always tell me not to be a fool

My auntie died when she was young, it left me critical (look, uh)

Muffin died when she was young, it left me miserable (yeah)

Look, was a free agent, now I ball crazy

Look, maybe we could fuck, but that's all, baby

Look, you only got one time to slip up

You only get one shot, nigga, what you miss for?

Nigga makin′ diss songs, we out here hittin' their shit up

That money got too heavy so I started doin′ sit-ups

Look, if it ain't about a bag I probably won′t pick up

Talkin' ′bout a bitch I probably had, I could give two fucks

Look, she say she tryna boot up, fuck her then I boot her

Look, rollin' like a scooter, gotta free my main man

Shawty was a shooter, 200 thousand on the airplane

I probably should've flew her, private

How the hell you made it out the zoo? Grindin′

I show love to all my thugs, I salute all my troops

Ayy, if you thug how we thug, then I know what you been through

Uh, stiff on a regular bitch

These Hermes seats, this ain't no regular shit

A number two on a jet, this ain′t no regular shit

Like number two on a jet, these ain't no regular kicks

Uh, stiff on a regular bitch

These Hermes seats, this ain′t no regular shit

A number two on a jet, this ain't no regular shit

Like number two on a jet, these ain′t no regular kicks 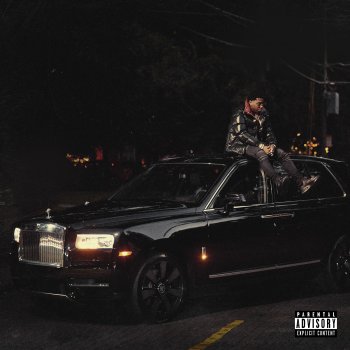 Growin' up, used to wanna be a dope boy, all these dope fiends